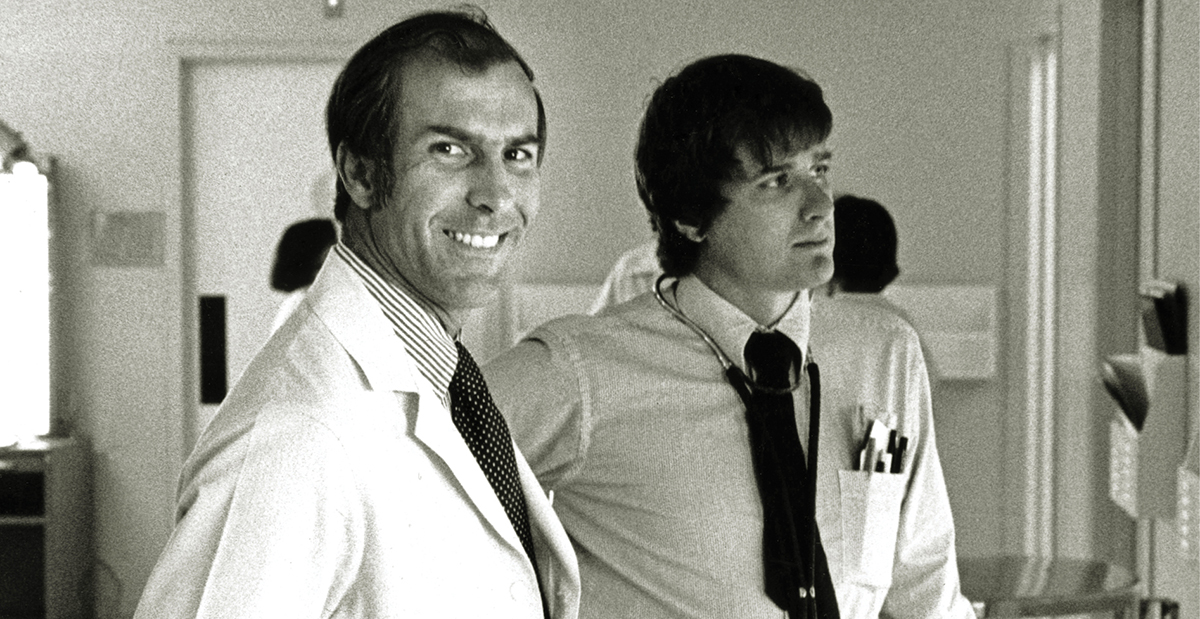 Serving as chief of staff for more than 34 years, Tony Herring, M.D., solidified Scottish Rite for Children’s stellar reputation for pediatric orthopedic research, education and patient care. He is loved by his patients, highly respected and admired by his colleagues and truly unmatched in his tireless contributions to Scottish Rite for Children. To Herring, the most satisfying part of being a physician is helping children. “They are open vessels to be filled with joy and learning and are truly our hope for the future,” he says. “We constantly seek to find the best ways to help every child to reach his or her full potential.”

While completing his Harvard Combined Orthopaedic Program – Orthopaedic Surgery residency, Herring became fascinated with children’s orthopedics. He joined the Navy and was able to continue his pursuit of children’s orthopedics while serving. As his time with the Navy was coming to an end, Herring heard about Scottish Rite. He visited the facility and was impressed with their devotion to the care of children. When he also learned that he would be working in a brand-new hospital, he knew that this was just the place that he was looking for. Herring has now been with Scottish Rite for 45 years. He enjoys what he does so much that he doesn’t consider it to be work. “I have quite a number of hobbies, but I have come to realize that I enjoy seeing children in the clinic, teaching the many residents and fellows that I work with and doing the surgeries that the children need much more than I enjoy my hobbies,” says Herring. “That’s why I drive or bike to work just about every day.” An example of Herring's commitment to the care of children is the Amputee Ski Trip. Forty years ago, Herring had the vision to create the annual trip that fosters a sense of self-confidence, discovery and independence in its participants.

Herring is an expert physician and surgeon and an astute researcher. He has authored/co-authored 130 publications and has edited four editions of Tachdjian’s Pediatric Orthopaedics, the three-volume textbook known as 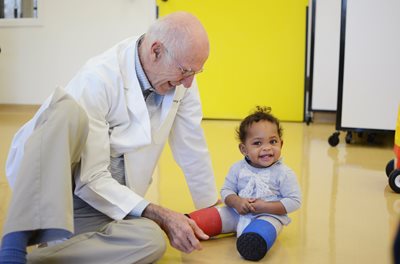 the worldwide standard for pediatric orthopedics. Herring has received numerous honors and awards. He is most proud of serving as President of the Pediatric Orthopedic Society of North America. He has received lifetime achievement awards from that society as well as from the Scoliosis Research Society, the Pediatric Orthopedic Society of Germany, and was made an Honorary Fellow of the Royal Society of Surgery of Ireland. In addition, he has twice received the Russell Hibbs Award for research from the Scoliosis Research Society. He has recently received the Regent’s Outstanding Teacher Award (ROTA) from the University of Texas, one of two physicians from UT Southwestern so honored. Relative to that, he has trained almost 200 fellows in pediatric orthopedics and scoliosis and hundreds of orthopedic residents during their pediatric orthopedic rotations.

Despite all these accomplishments, when asked what he is most proud of, Herring’s response is not on this list of awards and organizations. “First, I am most proud of being allowed the great privilege and responsibility of taking care of children,” says Herring. “In that realm, the progress which each patient makes is a worthy accomplishment. Secondly, I am proud of being part of a team that has taken this hospital to a world leadership position through our patient care, our teaching, our research, our textbook and our contribution to the national societies related to our specialties. Our leadership has made life better for literally millions of children everywhere.”

Herring has dedicated his career to providing groundbreaking treatment for his patients. “It’s been such a fun place to work, I don’t ever want to leave it,” Herring says. “It’s the happiest place you could ever work.”