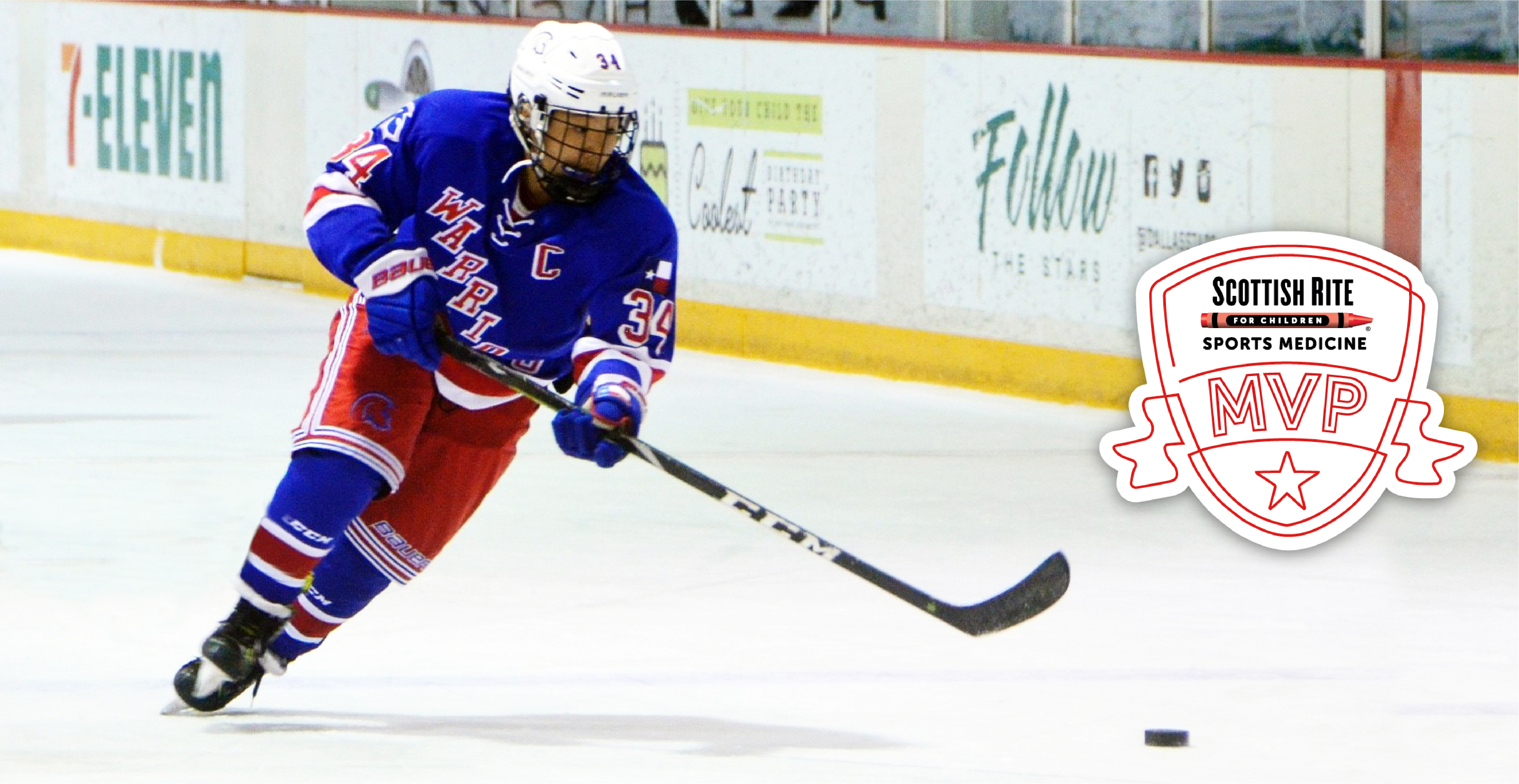 Hockey Player Has No Regrets After Making a Hard Call

In June of 2020, 15-year-old hockey player Daniel was training after an outstanding season as captain of his team. It appeared that they had a great shot at going all the way in the upcoming season when everything suddenly went wrong. As he was going for the puck, Daniel’s knee collided with the knee of a player on the opposing team, and then he crashed into the boards. Daniel and his father, Andrew, knew that something was wrong, but they didn’t realize just how bad it was.

Daniel’s coaches had always recognized his speed since he started playing at ten years old. “They say that Danny’s speed is one of his best assets,” says Andrew. “They say that you can teach skills, but you can’t teach speed, which is a great benefit for him.” Daniel remained positive and motivated as he discovered the extent of the injury and his treatment options.

At the Scottish Rite for Children Orthopedic and Sports Medicine Center in Frisco, an X-ray and MRI showed that Daniel had an osteochondral fracture of the patella (kneecap) and a loose body in the joint, likely a piece of bone or cartilage. When Daniel was hit on the outside of his knee, his kneecap likely slipped out to the side and scraped the thigh bone, causing the bone and cartilage injury. This injury is often called a patellar subluxation or, more generally, patellar instability. Scottish Rite for Children offers care of complex cartilage conditions, including osteochondral fractures like Daniel’s.

Pediatric orthopedic surgeon Henry B. Ellis, M.D., offered Daniel two approaches for treatment. One option was to focus on the osteochondral injury on the patella. This option would likely get him back on the ice faster, which was an important consideration for Daniel. When the patella slipped, a vital ligament stretched and tore. Without fixing it, the knee would be vulnerable, and another similar injury would have put Daniel at risk for knee issues as he got older. The second option Ellis suggested was to combine the first option with the reconstruction of the medial patellofemoral ligament (MPFL), even though it would take him out of the game for at least six months. To add to the complexity, Ellis recognized that Daniel had a discoid meniscus, meaning the cartilage in his knee was misshapen. Though relatively uncommon and often without symptoms, this pediatric condition is very familiar to Ellis, so he recommended reshaping it during the surgery as well. Together, these procedures would leave Daniel with much better stability and a much better outlook for the future. Even though Daniel wanted to get back on the ice as soon as possible with his team, he and Andrew decided to go with the comprehensive plan. “Dr. Ellis explained everything to us very clearly, so it made the decision much easier, even though it wasn’t what Danny wanted at first,” says Andrew.

An MPFL reconstruction requires time for tissue healing and an intensive rehabilitation program to return to activity and progress to sports safely. “It was pretty hard at first, but my therapist told me that I was doing pretty well and that I was progressing pretty fast, so that kept me encouraged,” says Daniel. 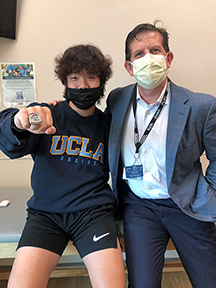 When Daniel first returned to the ice about four months after surgery, he was feeling less confident than he did before his injury. His teammates and his coach encouraged and supported him, which helped ease his concerns about using his full speed again. When Daniel scored his first goal after his full release back to hockey, everyone cheered wildly. Daniel says that he is doing great now and that he has total confidence in his knee. Daniel and his team, the Texas Warriors, worked hard all year, and in March of 2021, their hard work paid off when they won the state championship, and he has the ring to prove it. Daniel and his team also played in the 2021 USA Hockey National Tournament as state champions of Texas.

Many patients, including Daniel, acknowledge Ellis’ ability to explain the options and include them and their families in the decision-making process. Daniel is also thankful that he did not settle for the quickest option. “Not always taking the fastest option can be a good life lesson,” says Daniel. “Don’t get discouraged and keep working hard to get back where you were.” Some athletes tell us they end up better than they were, and it looks like Daniel is on that path, too!

“Daniel had to make a tough decision and was mature enough to think about the long term more than the short term,” says Ellis. “Turns out he made the correct decision as both short-term and long-term goals were met. Congrats, Daniel, on a well-deserved ring and championship!”