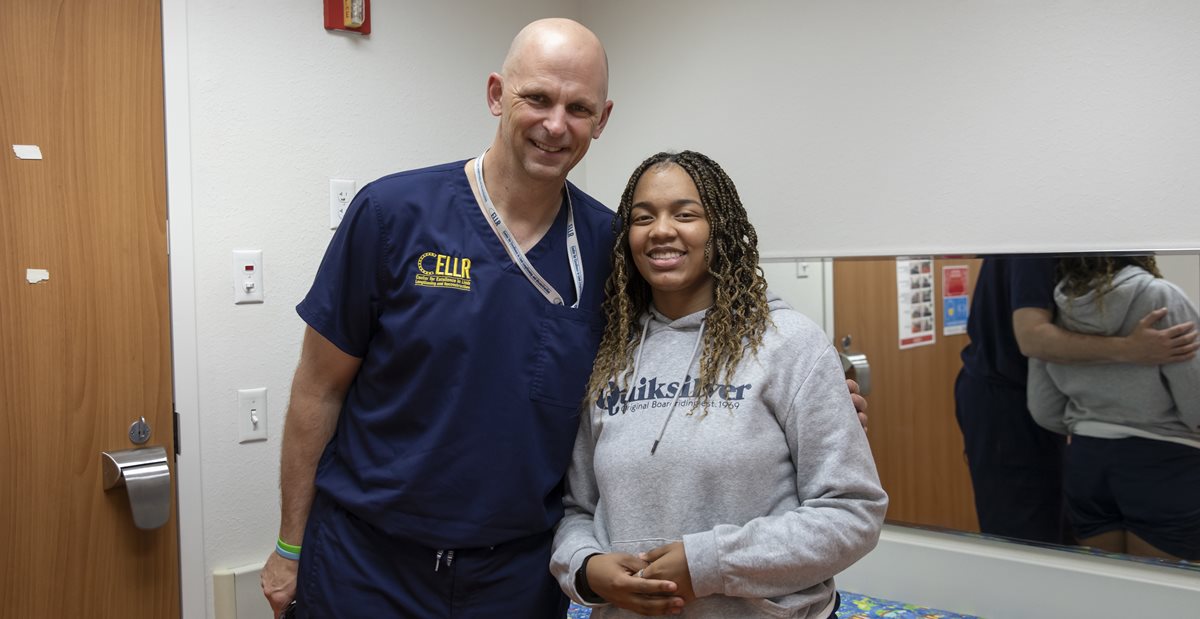 Overcoming Hardship with Humor and Hope

“Why do nurses like red crayons?” says 17-year-old Mikaylin, of Forney. She pauses. “Sometimes, they have to draw blood.”

Exchanging dad jokes, eye rolls and laughs with pediatric orthopedic surgeon David A. Podeszwa, M.D., became a tradition after Mikaylin came to Scottish Rite for Children in the spring of 2021. She has looked forward to every appointment since.

Before finding Scottish Rite, Mikaylin endured years of extensive treatments and setbacks that left her and her mother, Laneesha, feeling despondent. What began as pain in her legs while playing basketball turned out to be stress fractures. A doctor surgically implanted rods into her legs, but the bone in her right leg became infected. They tried to fight the infection through multiple surgeries without success. Finally, the doctor said that she needed to consider amputation.

“I was at a point where I was like, ‘I just want to get this over with. Just take the leg away from me,’” Mikaylin says. Laneesha researched other options and consulted with another physician who referred Mikaylin to Scottish Rite. “When we arrived, Mikaylin was really down,” Laneesha says. “But after our first visit, her outlook completely changed because they gave her hope.”

Experts from Scottish Rite’s Center for Excellence in Limb Lengthening and Reconstruction (CELLR) designed a customized treatment plan to save Mikaylin’s leg. Dr. Podeszwa and a team of specialists surgically removed more than four inches of infected bone from her leg and attached the TRUE/LOK™ External Fixation System, a device that would support the reconstruction of her bone throughout the next year.

“The day after surgery, Mikaylin got out of bed and put weight on her leg for the first time in 18 months,” says Emily Elerson, R.N. “When I saw the look in her eyes, I knew that was the turning point for her.”

Next, the team conducted a bone transport — a procedure to grow new bone where the infected bone was removed. To facilitate this surgery for Mikaylin’s specific case, new equipment was invented and attached to the fixator. “Mikaylin will be remembered long after we’re gone,” Dr. Podeszwa says, “because of the complexity of her treatment and how resilient she was with postoperative rehabilitation.”

In August, Dr. Podeszwa removed the fixator from Mikaylin’s leg. For a month, Mikaylin was on crutches, but at her next appointment, she received the big news — she could finally walk on her own. “We talk about how sad we’ll be when we don’t get to come to Scottish Rite anymore,” Laneesha says. “Mikaylin loves everybody there. They’ve become a huge part of her life.”

“I’m going to miss them a lot,” Mikaylin says. She hopes to keep in touch and possibly volunteer one day. When asked what she most looks forward to doing after recovery, Mikaylin says — without missing a beat — “shave my legs!” Laneesha laughs and says, “And, she can’t wait to wear pants.” 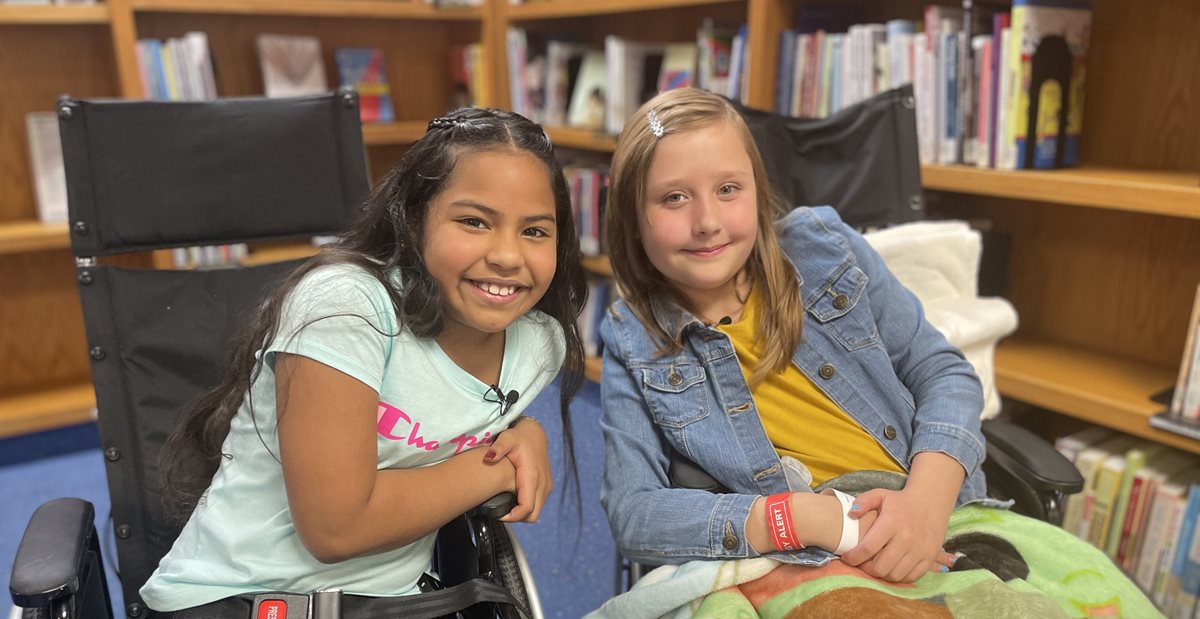 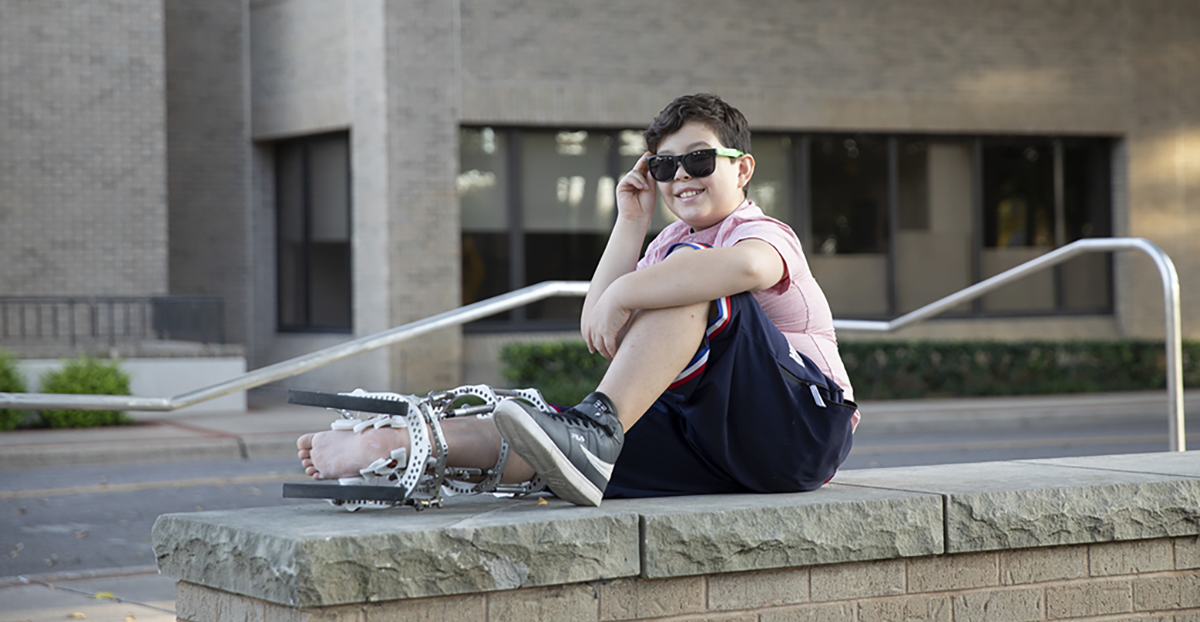