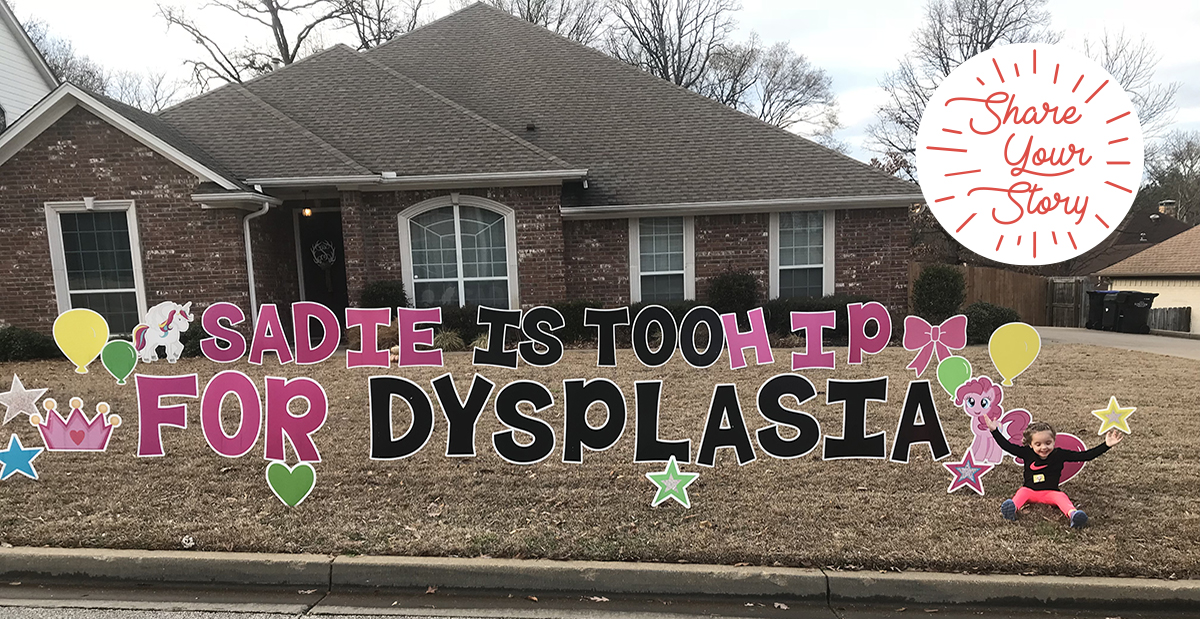 Meet Sadie, a patient who is treated by our experts in our Center for Excellence in Hip. Learn more about her journey below. 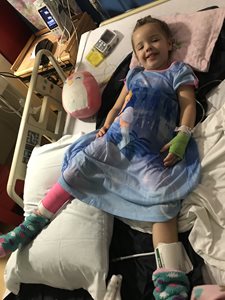 Sadie was diagnosed with Developmental Hip Dysplasia (DDH) at the age of 2 months old, when our pediatrician noticed a clicking in her right hip. We lived in Houston at the time and initially saw a pediatric orthopedic surgeon there. She wore a pavlik harness until she was 6 months old, with little to no improvement, and then switched to a Rhino brace. Both the Pavlik and the Rhino were worn for 23 hours a day, only giving her one hour of “freedom” each day. While she was hitting her development milestones, she was making little improvement on the angle of her hip. As we approached her second birthday, surgery became more and more of an option.

During this time, we moved to the Dallas area and made the switch to Texas Scottish Rite Hospital for Children.

We immediately felt a sense of calmness when we met with Dr. Herring and his staff for the first time.

His knowledge on her condition and his willingness to wait to let her body continue to grow was exactly what we were hoping for. For the first time in Sadie’s hip journey, I felt peace with her condition.

As time passed, we continued with her checkups and eventually decided that a pelvic osteotomy would be 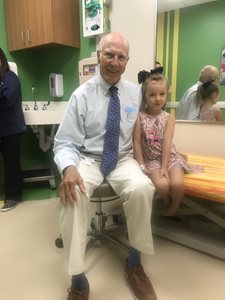 necessary for Sadie to gain adequate coverage of her hip socket.  The hospital staff did a great job answering all of our questions and helped us through this journey. Sadie likes to explain the surgery by telling people that her hip was shaped like an “L” and they had to shape it more like a “C.”

Deciding to have a major surgery did not come without some hesitation, but the doctors and nurses were incredibly patient with my lists of questions.

The child life specialists were able to provide a sense of calm for Sadie in situations where my husband and I did not know how to keep her calm.

They walked her through the surgery beforehand, helped keep her entertained throughout her inpatient stay, distracted her when different lines were removed and eventually told her that it was okay to giggle when the cast came off because it may tickle. That team was an absolute life-saver!

Sadie spent six weeks in a Spica cast and during that time, learned to army crawl, maneuver herself and function with absolutely no pro 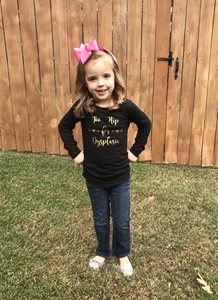 blems. Her attitude and determination during this time was amazing.

Since having her cast removed, she has had two X-rays and they each show good coverage of her right hip socket. She quickly returned to normal activity and seeing her now, you would never know that there had ever been anything wrong with her hip or that she was in a cast for six weeks.

I completely trust the doctors, nurses, child life specialists and staff of the hospital. Their knowledge and welcoming atmosphere have made many potentially stressful situations a lot easier for our family.

From Sadie’s point of view -
"My favorite part of staying in the hospital was getting to go the playroom and meeting the Texas Rangers. I love getting popcorn after each checkup and playing on the playground."

Additional information on Developmental Dysplasia of the Hip