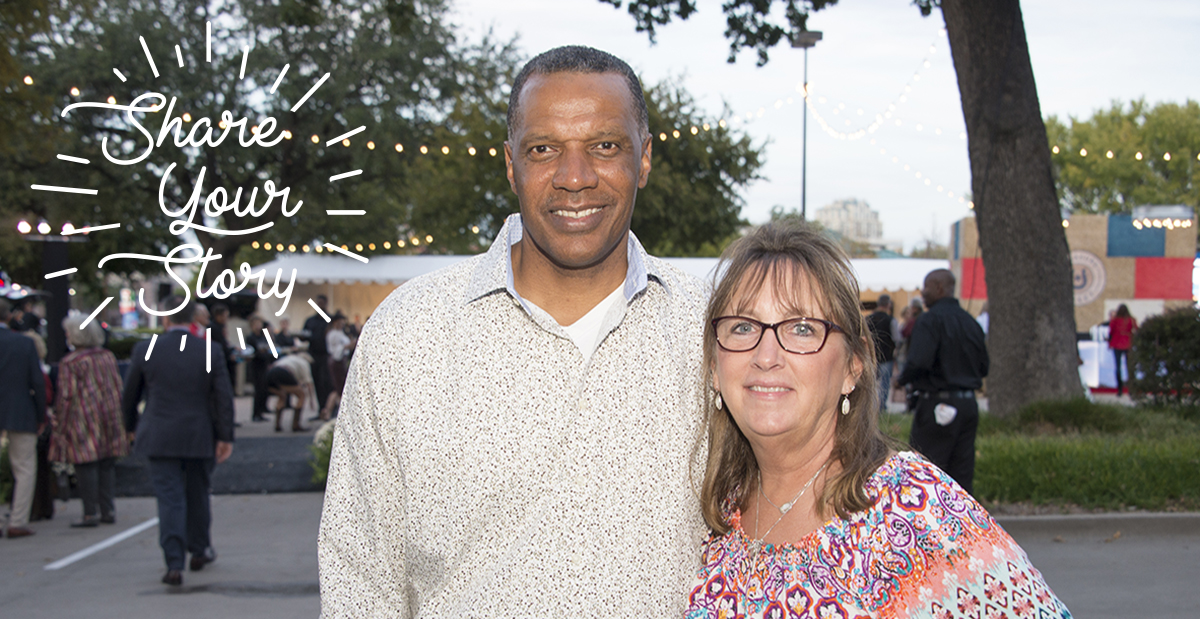 Meet Luann and Andrew, a mom who is a hospital volunteer and a patient who was treated in our Neurology department. Learn more about their journey below.

Blog written by Luann, of Dallas.

Our son, Andrew, was always very active and loved playing soccer and basketball. He was usually the fastest runner on the soccer field and could shoot three-point shots from half court. When he turned 10, I noticed he couldn’t run like he used to, and as hard as he tried, he just couldn’t keep up with his teammates.

I took him to his pediatrician and she could not find anything physically wrong. His left foot started
to turn in so we thought maybe he just needed ankle braces, so we gave that a try. That didn’t help, so we began a seven-year search for answers. We saw 13 different doctors - from podiatrists, to an orthopedic specialist and even a neurologist, but we were still left without answers. In the meantime, Andrew was growing and his ability to walk was becoming more and more difficult. He had pretty much given up the idea of ever playing sports again.  Attending high school was even a struggle for him. In the morning, he was strong and could walk, but by the end of the school day he was physically spent. I would pick him up from school and take him home, where he would have dinner and then literally crawl to his bedroom to go to bed, only to face the same struggle the next day. It would just break my heart to see him not being able to attend football games or go to movies with his friends. He had pretty much given up the idea of attending homecoming or walking across the stage at his high school graduation.

After seven years, 13 doctors, countless doctor visits, MRI’s, CT Scans, X-rays, braces, and exercises, we were referred to Texas Scottish Rite Hospital for Children. We initially met with Dr. Sucato in August of Andrew’s senior year of high school. Dr. Sucato thought it would be best if we saw Dr. Delgado, a neurologist at the hospital. I thought this would be a waste of time since we had already seen two other neurologists, but I reluctantly agreed.

We saw Dr. Delgado that October and that is when our miracle began. 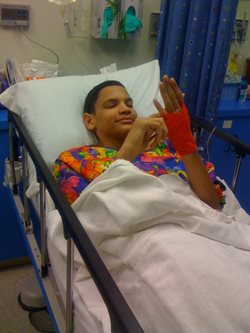 I remember sitting in the exam room with a stack of X-rays, MRI reports, CT scans and other medical records. In walked Dr. Delgado and through my tears I began to tell him all of Andrew’s physical challenges for the past several years. I will never forget that day – he looked at us and said we were going to find out what was going on! He was the first doctor who had told us that. He closely studied Andrew walking, which was so hard for me to watch. Andrew underwent a few different tests and on January 29, 2010 was admitted to the hospital for a spinal tap.

A week later, we received the call that changed our lives.

My husband Earl, Andrew and I went back to the clinic and nervously waited in the exam room, praying for an answer. I had prepared myself for the worst. Dr. Delgado walks in and said he knows what is going on with Andrew – I could hardly believe we were hearing those words! Andrew has Dopa-Responsive Dystonia, a rare neurological disorder that is easily treated. His brain doesn’t produce enough of the chemical dopamine, so he takes a medicine that is often used to treat Parkinson patients.   We were beyond excited for a diagnosis, but I was not going to get my hopes up until I saw positive results!  Andrew took his first pill that Friday and within 24 hours he was able to walk, stand and run like he had been able to eight years ago. He went to school that next Monday and his baseball coach called me to find out what had happened – no one could believe the miraculous change in Andrew! 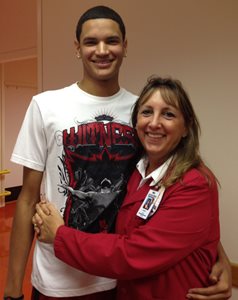 Andrew was able to play in the last baseball game of his senior year and the The Dallas Morning News was there to capture it all.  Andrew’s friends and family filled the stands, cheering him on. He got up to bat, got a hit and was able to run the bases – something we all thought we would never be able to see him do again. I cheered and cried at the same time! He was then able to attend the high school homecoming dance, his classmates voted him “Raider of the Year” and he proudly walked across the stage at his graduation.

I still tear up thinking of this journey and how Dr. Delgado and Scottish Rite Hospital gave my son his life back.  Andrew went on to graduate from the University of North Texas and has moved to Los Angeles, California, where he is truly enjoying life. My heart is so proud and full to see him have the confidence to go out on his own. For so many years, he felt he had to hide in the background due to his physical limitations.  He didn’t want anyone to see him and was laughed at for his physical shortcomings.

He is an amazing young man. When he went to bed at night, he knew he would have to wake up and face the same challenges again that next day. He never complained, was always smiling and was a t 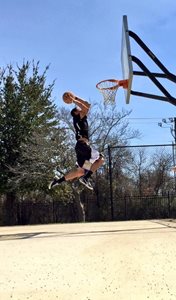 rue testimony to everyone he ran into. I am one proud mom!


Because of everything Dr. Delgado did for my son, I decided I wanted to give back to the hospital. On February 22, 2011, I began volunteering at the hospital. I volunteer Tuesday evenings, at special events and I serve on the Volunteer Executive Committee. My biggest honor is to volunteer in Dr. Delgado’s Neurology Clinic. I love being able to greet his patients, assure them that they are in an amazing place and are seeing the best doctor in the world.

It is my absolute pleasure to brag on Scottish Rite Hospital and to share Andrew’s Story and give other families hope.


When Andrew is home for a visit, he always tries to stop by the hospital and visit with Dr. Delgado and his staff – I love seeing the big grins on each of their faces! Thank you to Dr. Delgado and his amazing team, who we now consider family, for giving my son his life back.