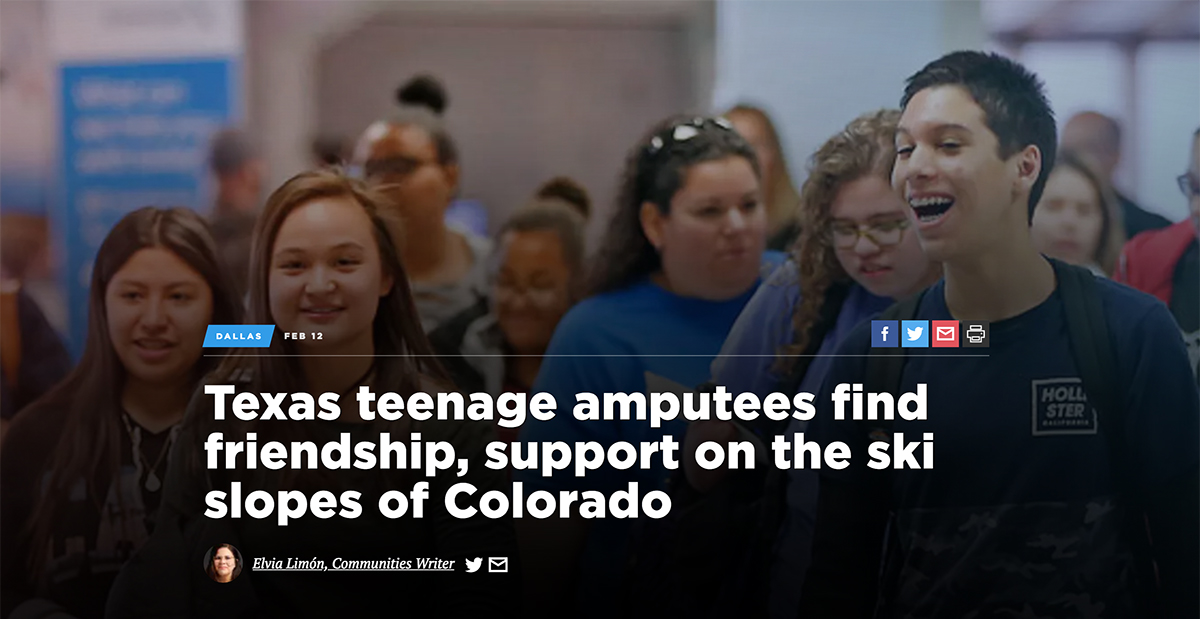 Diana Lopez was born without a right leg, but she doesn't let that keep her from having fun. Even when she fell down last year while on her first ski trip to Colorado, the 16-year-old still found a way to enjoy herself.

And the Garland teen is expecting that same excitement this year as she and 13 other young amputees travel back to Winter Park, Colo., for another ski trip.

Lopez and the other teenagers left DFW International Airport on Monday for Colorado as part of the 37th annual ski trip organized by Texas Scottish Rite Hospital for Children in Dallas. They will receive one-on-one instruction during the weeklong trip, which is financed by American Airlines, Saint Bernard and other donors.

Henry Ellis, a Texas Scottish Rite orthopedic surgeon, said the trip not only helps the teens face and overcome challenges, but it also connects them with others dealing with similar struggles.

"You find that the kids start feeding off each other and learn how to deal with different parts of their normal daily activities that they never thought they could, and it's because they had never been around another kid who is an amputee," said Ellis, who tagged along on the venture. "So they really grow inside, emotionally and mentally, and come up with ways to deal with struggles that they have by talking and learning about it."

Ellis said many of the teens become friends and continue to keep in touch long after their initial meeting.

Alfonso Apodaca said he met Lopez on last year's ski trip and the two have since kept in touch through Snapchat. As he waited at DFW on Monday to board the group's American Airlines flight, the 15-year-old Bedford youngster said he was excited to make new friends.

That's vastly different from how he felt this time a year ago. As he prepared for that excursion, the L. D. Bell High School sophomore said he was concerned about going  on a trip with strangers.  But he said it didn't take him long to get comfortable around the other youngsters.

"It's definitely a welcomed space," Apodaca said.  "It's amazing hearing others stories and how they feel the same way as you, and it's really great because where I'm from, we don't have other kids with prosthetics at school. To see other kids feel that way, it's just really inspiring."

Olivia Coats, a high school freshman from Austin, will be skiing for the fist time this year. Born without the lower part of her right leg, she uses a prosthetic leg to get around.

"She's been excited about this trip since she was 3 years old," said her mother, Carissa Smith, who brought her daughter to the airport. "She's read all about the trip since then."

Although she was looking forward to the trip, Coats admitted that she was nervous to go down the snowy slopes.

"I just don't want to fall and break my face," the 14-year-old said, laughing.

Cody McCasland of Keller, who is making his second trip to Colorado after initially going in 2016, said he hoped to encourage first-timers like Coats to embrace skiing, even if they may have trouble learning at first.

"You can't give up after your first fall," said McCasland, 16. "You have to get up and keep going again. It doesn't matter how you fall. It matters how you get back up."

A way to bond

Dr. Tony Herring, another Scottish Rite orthopedic surgeon, said Monday that he never imagined the trips he started in 1981 as a way for teen amputees to have a good time, would help lead to building long-lasting friendships.

"It just sort of happened that kids started talking and telling each other stories," Herring said.

He said many of those who go on the trips often don't have anyone else around them who they can share similar experiences with. The ski trips help them bond with others who are dealing with the same situations.

"The kids will start telling stories about things that have happened to them, like how they were playing basketball and their leg came off or what they are challenged with," he said. "That's almost more important than the skiing itself." 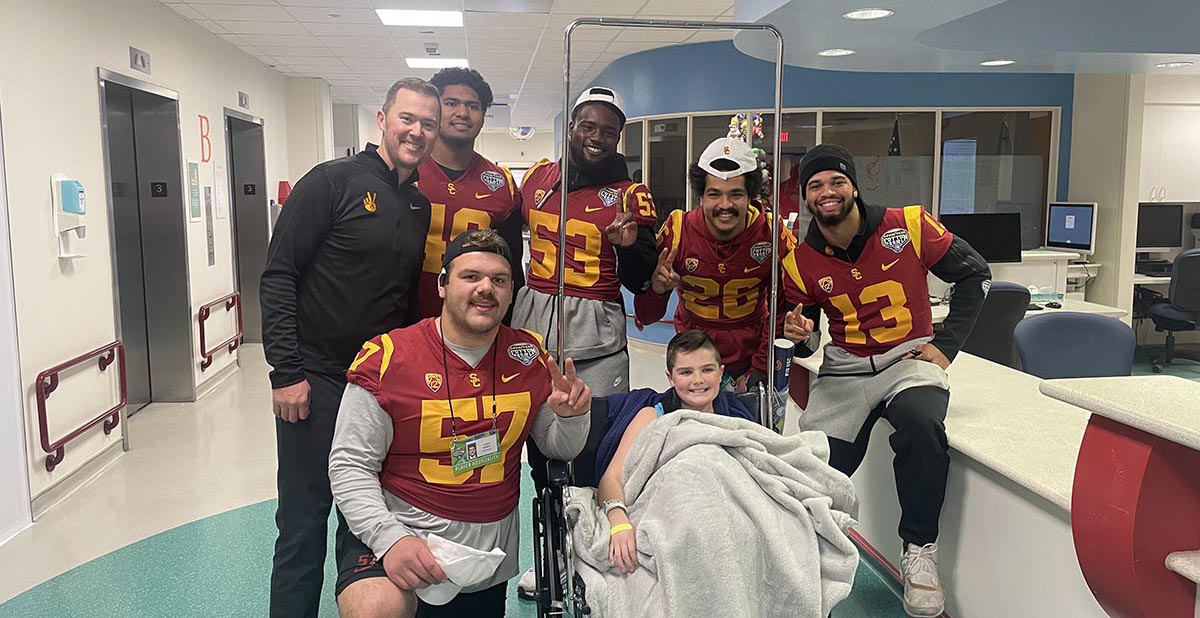 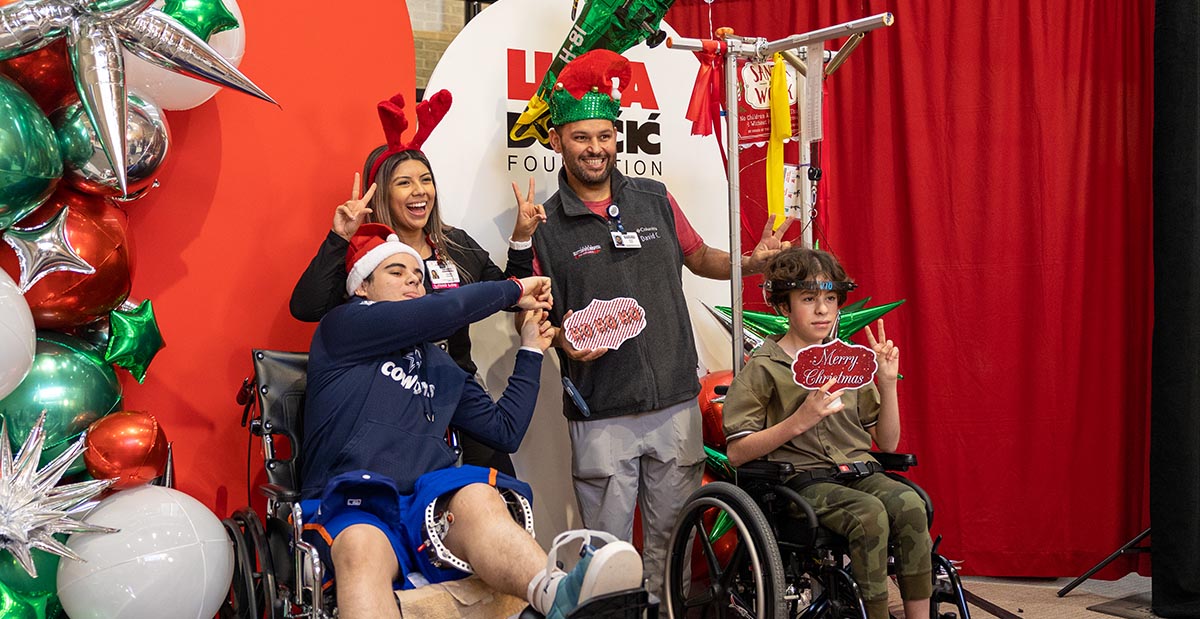 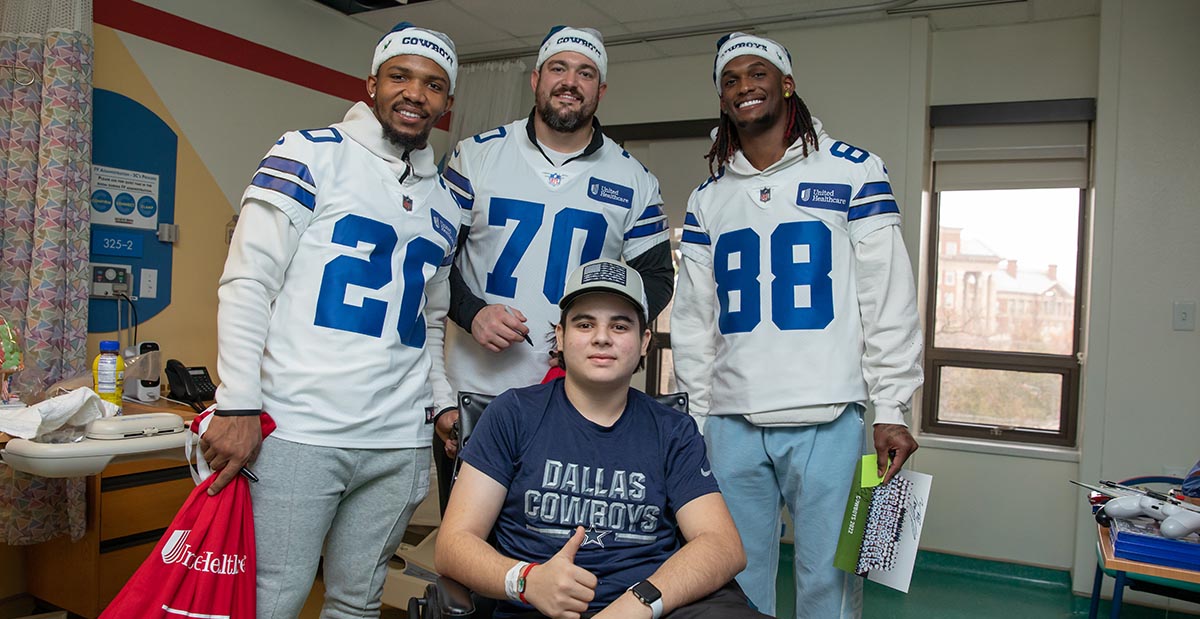