It may seem obvious to say, but a limp is never a normal finding, and in fact can be an ominous symptom in any child. The differential diagnosis can be fairly extensive, but by far the most important feature is whether or not the limp is associated with pain, known as an antalgic limp, because such a limp can be the presenting symptom of a serious infection, malignancy, or repetitive injury that requires timely and appropriate management.

Diagnosis - Gait and Physical Exam
The history and physical examination are probably the most important aspects of the evaluation of a limping child. Is there really a limp? It is not always obvious that a child, especially a toddler who cannot communicate, is, in fact, limping, especially when the limp is painless. The default position is that the mother is always right until proven otherwise, and of course parents will not hesitate to bring the limp to the physician’s attention.
One must remember that all toddlers fall, they probably fall every day, and most falls are not witnessed nor are related to an underlying sinister process. Recent medical history may be totally negative or clouded with uncertainty, unless there is an important birth history or recent febrile illness.

Physical examination of a child with a limp complaint where the gait disturbance isn’t that obvious requires that he/she be observed in a quiet area with a minimum of the upper half of the buttocks exposed. Placing an ink mark on each sacral dimple, and observing the undiapered gait from behind, will provide the best opportunity to confirm “waddling”, or pelvic rise and fall during stance phase by watching the sacral dots and the shoulders shifting concomitantly. Toe-walking, however subtle, may be another sign confirming a painless limp.

In an antalgic limp, the stance phase is shortened n the affected side, as the child avoids weight-bearing due to pain by getting off the affected extremity as quickly as possible. Refusal to bear weight on one or both lower extremities raises the additional possibility of axial (spinal) involvement, or a systemic illness. An antalgic limp demands a more urgent evaluation, especially if the child has evidence of illness (fever, malaise, poor appetite, failure to thrive) or a suggestive recent medical history.

The next step is pain localization, especially if the child is calm enough for palpation. With the child seated on a parent’s lap, or an equivalent relaxed position on an examination table, one should begin a systematic palpation of both extremities, beginning with the non-affected side‘s toes and foot, and then gradually working up the leg to gently move the ankle through its range of motion, moderately compress/ squeeze the tibia and fibula every 3-5 cm along the diaphysis, gently move the knee through its range of motion, squeeze the thigh, and then move the hip through its range of motion. By starting with the non-affected side (if that can be determined) and placing the child (and parent) at ease, the likelihood of eliciting an interpretable response when the affected area is approached is enhanced. Additionally, one should never pass up the chance to examine a sleeping child, proceeding as just described but with the affected side, trying to localize the problem before the child abruptly awakes when the painful region is reached. Obviously, identification of the painful area is critical to guide the ordering of subsequent imaging studies, which will be diagnostic.

Refusal to walk, or in the older child that refuses to bend over to pick up an object on the floor, may identify a rigid, guarded back as the presentation of discitis/vertebral osteomyelitis or tumor.

Painless limping suggests either a developmental abnormality of the hip, such as dislocation or an early case of synovitis (e.g. transient, Legg-Perthes); a congenital leg abnormality such as a discoid meniscus, patella mechanism problem, or limb reduction deformity (short femur, coxa vara); a neuromuscular diagnosis, determined best by noting apparent weakness, abnormal tone (hypo- or hypertonic) or poor balance; or a fairly obvious limb length discrepancy. The classic “waddle” of a congenital hip dislocation is identified by the drop of the unaffected hemi-pelvis (unilateral involvement) during single limb stance on the affected side, coupled with a trunk lean or shoulder shift toward the affected side, a compensation for maintaining the body center over the unstable hip joint. Static physical examination should confirm a restriction of motion or, in the case of developmental dysplasia of the hip (DDH), a possible “clunk” if the hip can actually be reduced with abduction and flexion (the “Ortolani” maneuver). Generally, in the walking aged child, the latter cannot be demonstrated because the dislocation has become more “fixed” and thus the main physical finding will be restricted abduction in flexion of the hip in question.

Keep in mind that hip pathology pain can be referred to the lower thigh or knee. Both Legg-Perthes and slipped capital femoral epiphysis (SCFE) can present with “knee pain” as chief complaint. The clinician will note on gait inspection that the foot is externally rotated in SCFE, while the patient walks with a stiff, non-moving hip due to synovitis in Perthes.

Muscle weakness or decreased tone, especially of more proximal muscle groups (e.g. hip girdle muscles) may be confirmed by the Gower sign, where a child will “climb” up their legs when asked to stand up from a sitting or lying position on the floor. Toe walking, especially unilateral, or a child with spasticity or seeming rigidity from increased tone, may be the first recognized sign of cerebral palsy.

Imaging Studies
Plain radiographs in the acute setting are usually indicated to survey the area of concern, the key is to pinpoint that area in the physical exam. In acute infections (< 1 week), bone changes (periosteal reaction, lytic lesions), may not yet be visible, but deep soft tissue swelling may be visible to confirm the likelihood of an inflammatory fluid collection purulence.

For a non-acute condition (painless limp), plain radiographs may provide the exact diagnosis of a dislocated hip, Perthes or a SCFE. Remember to order a lateral view of the hip when considering either the latte 2 diagnoses, as a single AP view may not be diagnostic.

Ultrasound of the painful suspected septic hip is a standard imaging modality looking for an effusion. Actually, ultrasound can be useful for any joint suspected of septic effusion and can also confirm the soft tissue fluid collection of pyomyosistis or abscess, and thus direct a needle aspiration for culture.

MRI is the best and most precise modality, but should NOT be the first-line imaging to be considered in the majority of cases. Because of the need for anesthesia, MRI should NOT be used as a screening test, but is best used to determine the need for surgery, as well as the extent of the surgery to adequately drain a fluid collection or treat a bony lesion, or to direct a needle biopsy of a suspected bone or soft tissue neoplasm in the non-acute setting. A common scenario for suspected infection would be to review the focused MRI imaging immediately and then proceed to the operating room under the same anesthetic.

Similarly, bone scan is rarely indicated as a screening test, due to the amount of radiation and the greater degree of information obtained by MRI. CT scan is valuable for surgical planning, and may play an important diagnostic role in certain axial (spine, pelvis) lesions of bone that are not well visualized by MRI. Again, CT is NOT a screening modality.

Lab Tests
Any child suspected of an infection of musculoskeletal origin should have a CBC with differential, sedimentation rate (ESR) and C reactive protein (CRP) determinations. WBC count and differential may help to differentiate a bacterial from a viral synovitis by virtue of both absolute count (e.g. < 10000 = non-bacterial) as well as percent of neutrophils vs. lymphocytes. With a ESR > 40 and WBC > 12000, combined with a painful joint or refusal to bear weight, the chance of a septic arthritis exceeds 70 %. Add a fever and the incidence  exceeds 90%. Minimally elevated ESR and CRP provide evidence of a non-inflammatory acute process. Don’t overlook an unusually high or low WBC count, and/or elevated platelet count, as these may be an early indication of leukemia which can present with the clinical picture of bone pain/limp/refusal to walk in a child with malaise and systemic symptoms of illness.

Final Thought
The key to diagnosis and treatment for the limping child is a well-performed physical exam after obtaining key points of history. Localizing the “lesion” in the acute setting is critical to the timely diagnosis and management of what may be a life- or limb-threatening condition. 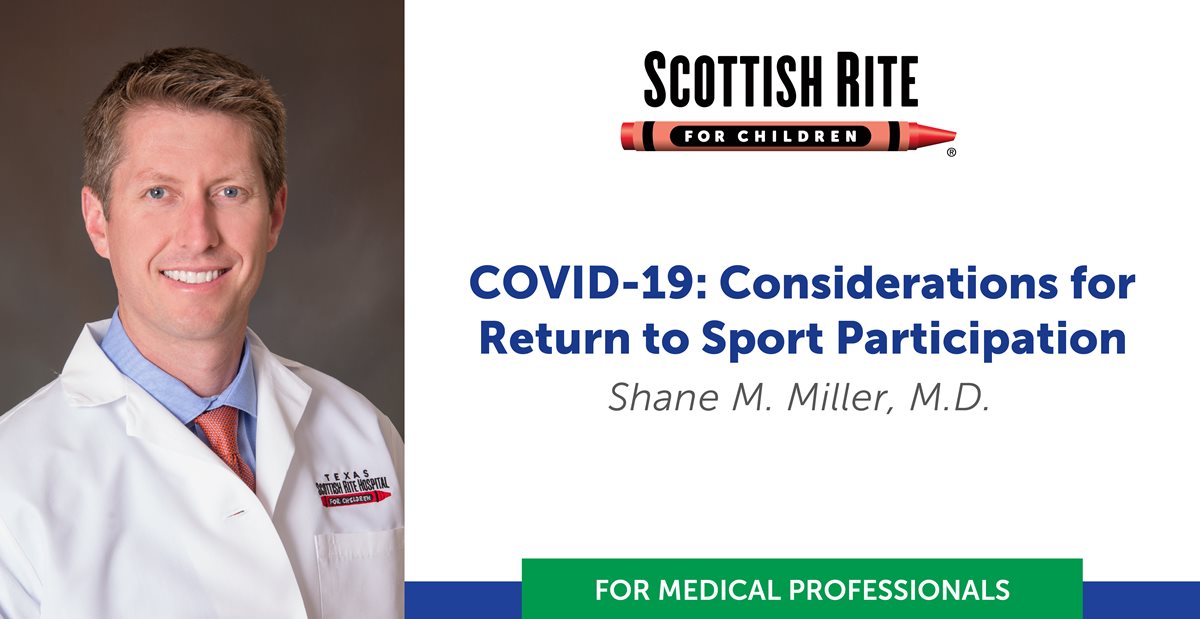 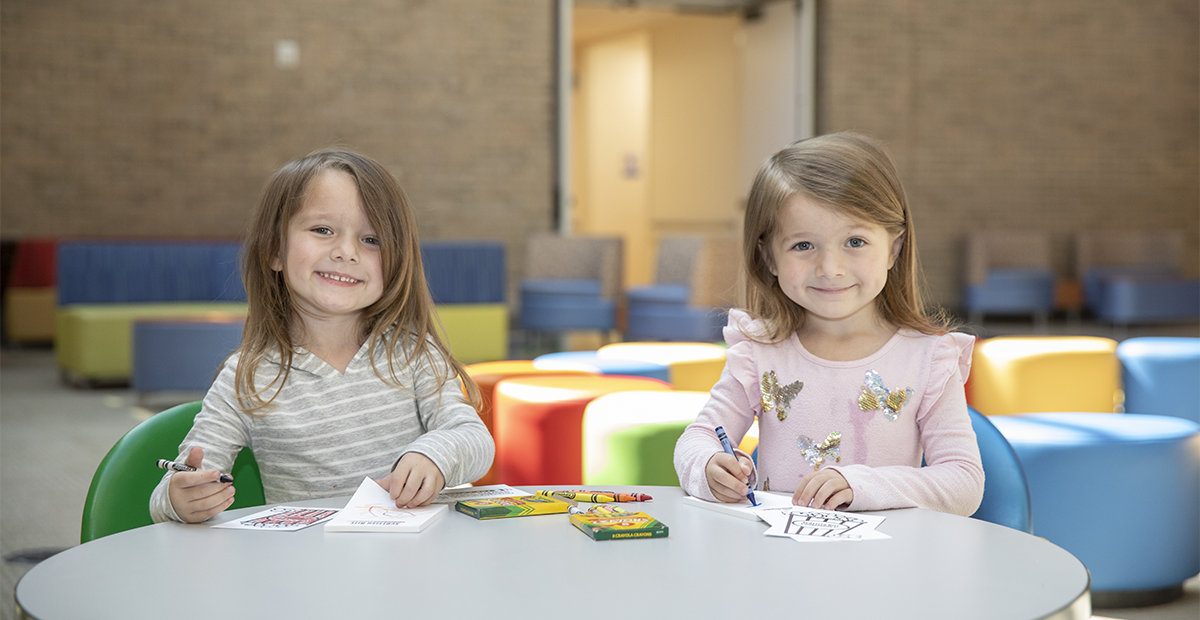 May 31, 2022 / General News
Patient-centered Care Is Our Culture