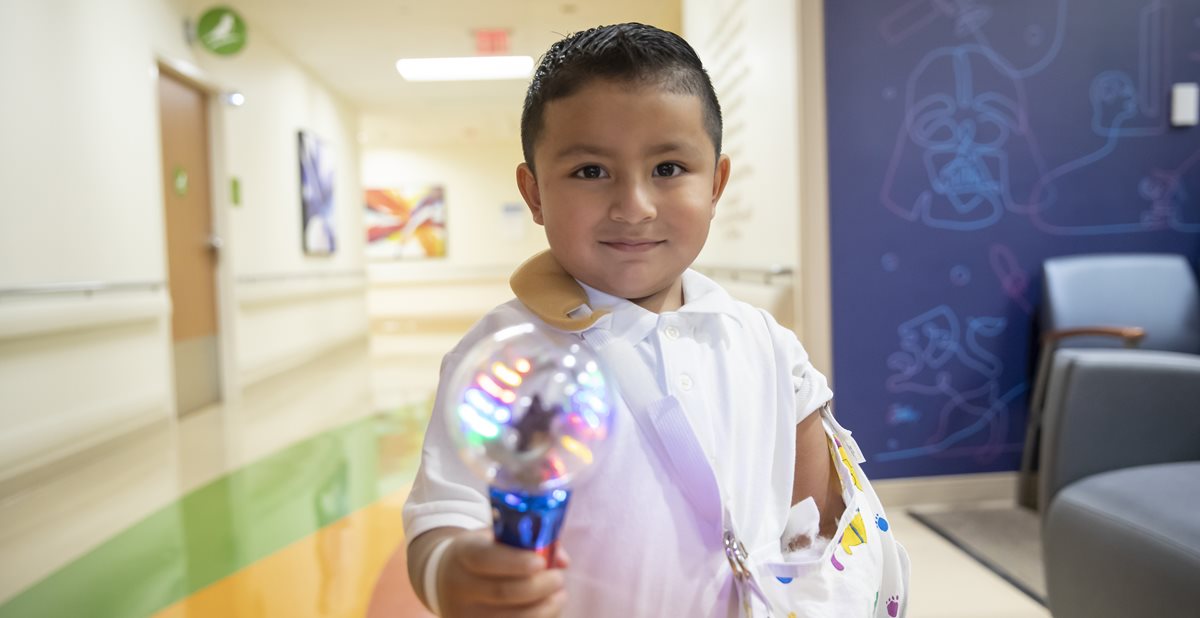 No parent wants their child to experience a traumatic injury – but it happens. Following a trauma, the experts at Scottish Rite for Children can step in and facilitate successful recoveries using a multidisciplinary team approach. One common cause of injury in children is jumping on a trampoline. While trampolines are used in sports like gymnastics and are a favorite activity amongst many children, accidents can occur and may lead to traumatic injuries.

During a family cookout, 3-year-old Edward, of Longview, was playing on a trampoline with his brother. When 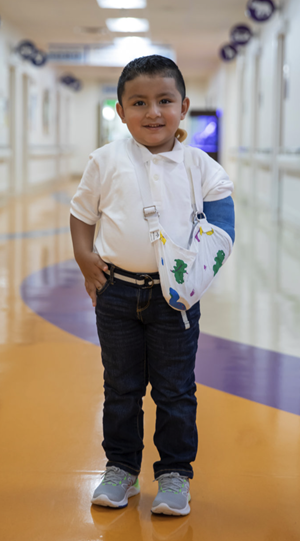 Edward fell off the trampoline while playing, his family immediately knew that he was seriously injured and needed to go to the hospital. His concerned parents rushed him to their nearest hospital, where it was confirmed that Edward had severely fractured his elbow. Edward’s family was given two options – travel to Shreveport, which was closer, or make the three-hour drive to Scottish Rite for Children for further care. The family chose to make the trek to Scottish Rite, and they were glad they did. “Everything was different here,” Edward’s father Eduardo says. “From the colorful rooms in the clinics to the kind people who greeted us, we immediately knew that we were in the right place.”

Edward’s family speaks Spanish, and they were relieved to work with a language interpreter who stayed with them for their entire visit. “She stayed with us the whole time and made sure that we were able to communicate with the doctors,” Eduardo says. Edward was examined by Chris Stutz, M.D., an expert in treating traumatic injuries to the hands and upper extremities. During Edward’s examination, he was found to have a large, displaced fracture of the left humerus, or the bone connecting the arm to the elbow. Dr. Stutz informed Edward’s family that Edward would require surgery to close the fracture, but assured the worried parents, “I’ll fix it.”

Edward’s surgery was a success, and after he received a cast and sling. He was even able to choose the color of the cast – blue was what he picked. “Everyone paid a lot of attention to my son,” Eduardo says. “They gave him stickers, kept him entertained with a tablet and treated him with so much kindness. He was so happy with everyone who cared for him.”

Edward only had to wear his cast for about a month, and his elbow healed without any issues. “We are really happy with the care we received at Scottish Rite,” Eduardo says. “It was all worth it.”

Tips for Safer Trampoline Use 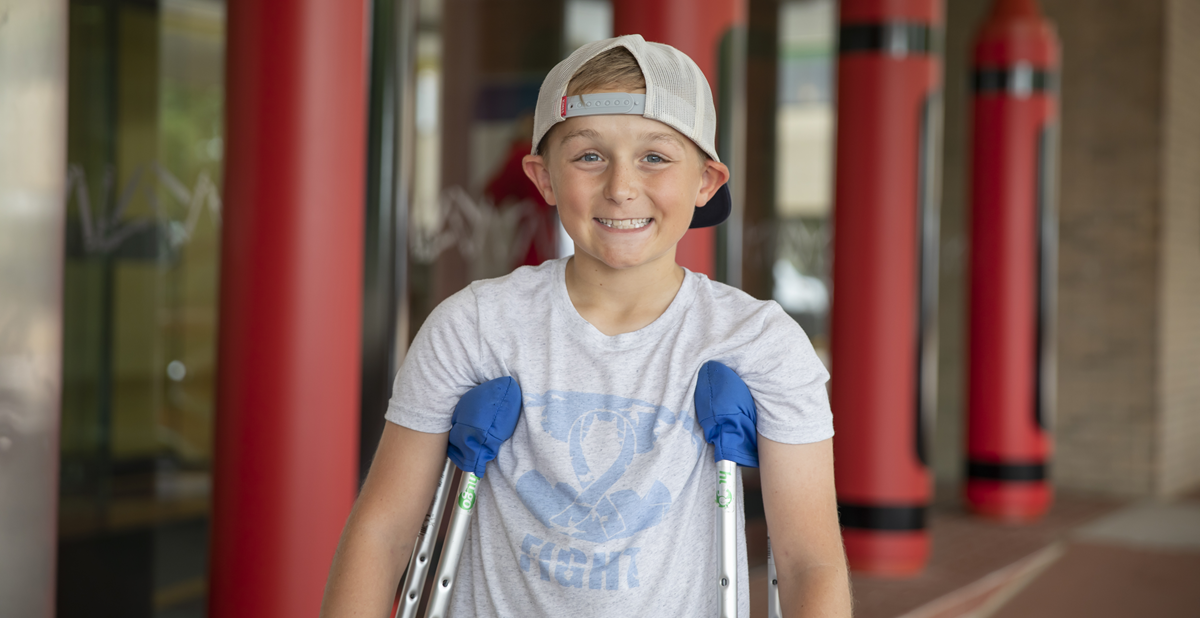