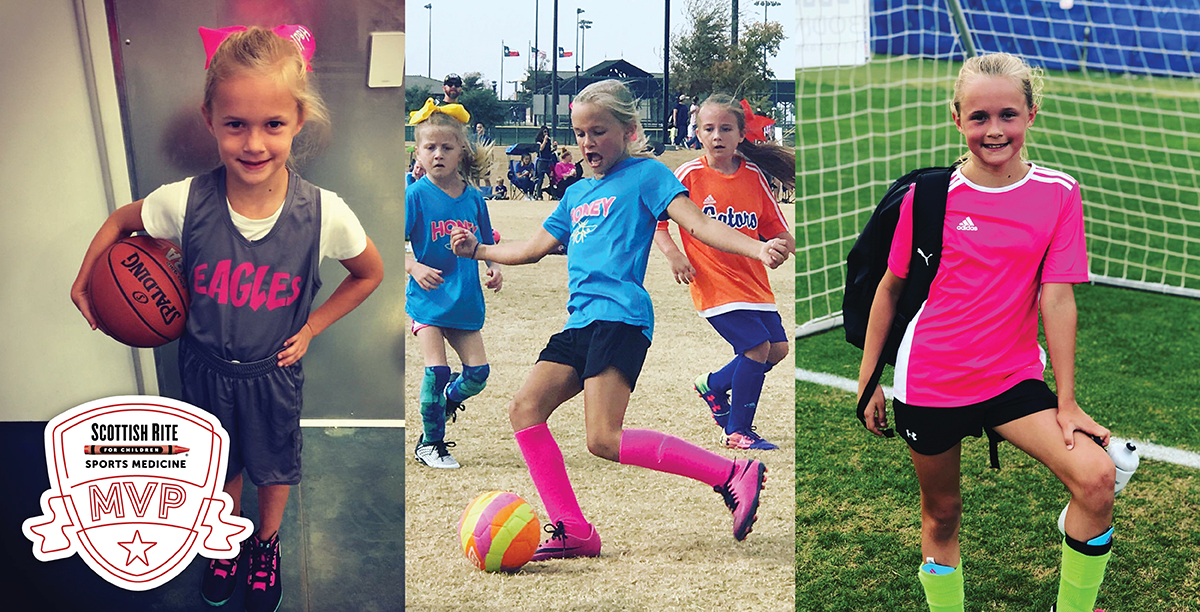 To say that 10-year-old Hadley is good at soccer is an understatement. “I’ve been playing soccer ever since I was 2 or 3,” she says, “and I just had my official signing to play with Solar Soccer Club.” She has also played basketball since she was 5. She tried volleyball, but she didn’t like it as much as her two favorite sports.

Physicians have found that sport sampling and diversification, like what Hadley is doing, has many benefits. “Children who play different sports instead of specializing in one have a lower risk of injuries due to overuse,” says pediatric sports medicine physician Shane M. Miller, M.D. Evidence suggests that early diversification and participation in a variety of sports is more favorable for long-term health and future athletic success. 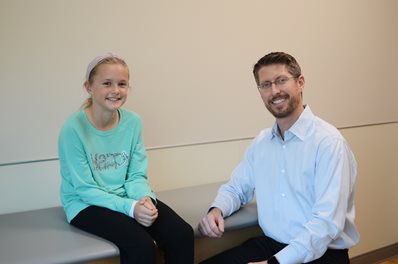 A few months ago, Hadley’s neck suddenly became stiff and began making a popping sound when she turned her head. “We didn’t know if she had taken a tumble during a soccer game or if she had been sleeping on it wrong,” says her mother, Kelly. At times Hadley’s neck was so tight that it brought her to tears, so her parents took her to Scottish Rite to get help. “Dr. Miller gave me some neck stretches to help me get my neck better,” says Hadley. “I still do them.” The stretches have helped ease the tightness in her muscles, and the popping has stopped.

Now, nothing holds Hadley back as she flies down the field and up the court. “She is just a natural athlete,” says Kelly. “But the other thing that we learned from Hadley very early on is that she has a lot of grit. She always challenges herself to get better and better.”

Studies show that sport diversification can have mental and physical benefits.
“Early specialization may cause stress in young athletes, leading to decreased performance, and may cause children to withdraw from the sport entirely,” says Miller.

Early diversification avoids the overtraining, stress and burnout that can be associated with early specialization and allows young athletes to learn and develop lifelong physical activity skills while enjoying the sports they play. “I feel like sports have been a guiding light for kids during this time with COVID-19,” says Kelly. “Sports allow kids to have those friendships and interactions with people other than family.”

When she isn’t playing soccer and basketball, Hadley likes to do all kinds of crafts like making bracelets, and she loves to play with her dog, Jade. When asked what she wants to do when she grows up, Hadley says she has many choices. “I want to be a famous soccer player, I want to be a teacher and I want to be a dog-rescuer.”

Kelly urges parents and children that are dealing with situations similar to Hadley’s to follow the advice of a pediatric sports medicine team. She says to keep following the recommended exercise plan. “It’s not something anyone really wants to do, but following through with it will help your child heal and help prevent it from happening again.”