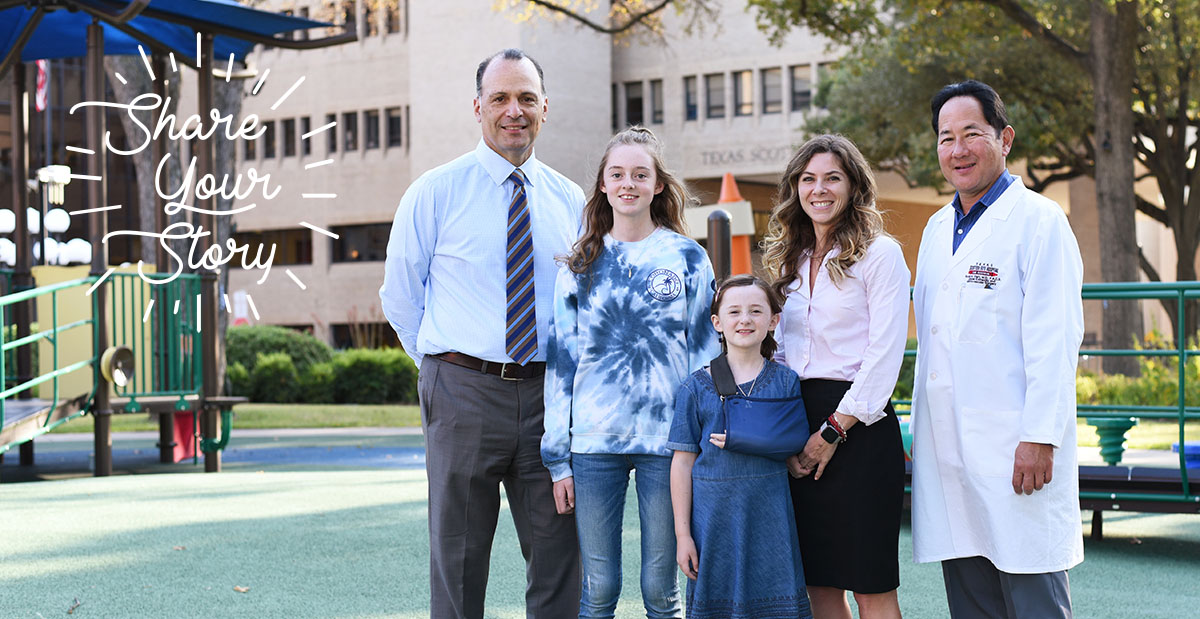 Meet Anna and Ellen, patients seen by our multidisciplinary team of experts. Learn more about their journey below.

When our daughter Anna was 5 years old, she started telling us that her left arm felt funny and not right, so we took her to be seen at our local hospital in Oxfordshire, England. She had X-rays taken, and we were told all was well, so we continued on with our life. Our family was in the middle of packing and preparing for a move, a less-stressful life on the Isle of Man just off the U.K. mainland.

After being in our new home about four weeks, one day Anna came home from school really upset, saying that her arm was in a lot of pain. I immediately took her to another doctor to have it re-examined. I could tell this doctor was concerned, and he instantly referred us to see another specialist the very next day. At that appointment, our lives were changed forever. 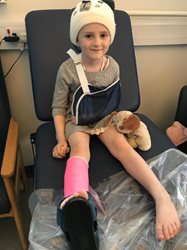 large tumor, from her left shoulder down to her elbow. He advised us to move straight back to Oxfordshire, so she could be under the care of an oncology team. After a whirlwind couple of weeks, we were back in Oxfordshire, and Anna started her very long journey of chemotherapy and other treatments for her Osteosarcoma bone cancer.

In May 2017, on her 6th birthday, she had a surgery to remove the tumor. The cancerous humerus bone was taken out and replaced with the fibula from her right leg. Many months of rehabilitation followed, but by May 2018, Anna was in remission. Unfortunately, this was short lived, and by December, she once again had that “funny” feeling in her left shoulder. Investigative scans confirmed a recurrence.

Further surgery and many more months of chemo followed. It was devastating telling her she had to go through it all again, and lose her beautiful new hair. But Anna is a real fighter and a true inspiration to all. She persevered through treatment to make it back into remission for the second time.

Her father and I researched every possible option to try and keep this beast at bay. In August 2019, she was accepted onto a clinical trial at Memorial Sloan Kettering Cancer Center in New York. Our wonderful friends and small community of Chipping Norton in England rallied together. A Team Anna fundraising campaign took off, and many celebrities, pop stars and kind-hearted generous people joined in to help raise the huge amount of funding needed to get Anna to New York. By January 2020, we had made it, and Anna was able to start the treatment. 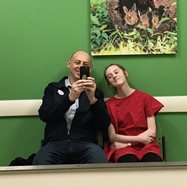 Just as we were about to leave for New York, life threw us another challenge. Our 13-year-old daughter Ellen was diagnosed with scoliosis and needed spinal fusion surgery. It was very difficult to come to terms with another one of our children having medical problems. The NHS doctors in the U.K. were unable to treat it within the necessary timescales. Even if we could somehow have managed to have the surgery done privately in the U.K., our family would have been separated for many months while my husband and I both took care of the girls, in different countries.

Having Ellen’s spinal surgery done in New York wasn’t an option due to the huge costs involved. We were at a complete loss about what to do.

Once we arrived in New York, we serendipitously crossed paths with a wonderful woman, who just so happened to be a nurse at Scottish Rite for Children. We began talking, and before we knew it, Ellen had an appointment with Dr. Sucato. Our family was taking a road trip to Texas.

Ellen had a consultation with Dr. Sucato, and we scheduled her spinal fusion surgery. His entire team was wonderful, and we couldn’t actually believe all of this was happening! She underwent successful surgery in July 2020, and with the support of Dr. Sucato and his fabulous team, she is doing great.

Just as we were due to return home to England, we had another unbelievable turn of events. Anna had a fall at a swimming pool and broke right through the new bone in her arm. Another terrifying ordeal, but yet again, Scottish Rite came to our rescue. Anna was able to be seen by Dr. Oishi. She underwent surgery, where metal plates and brackets were inserted into her arm, and the blood supply was stimulated. Anna was also able to talk through things with Dr. Herge in psychology. Both Dr. Oishi and Dr. Herge are incredible members of Scottish Rite’s formidable team, and we are incredibly thankful for them!

At every turn, our entire family felt like we were being taken care of. Each and every person we interacted with at Scottish Rite genuinely cares and only wants what is best for the patient.

Following a period of

rehab and checkups, our family was able to return home to England with two very healthy, strong and happy daughters. It was amazing to be back under one roof with our oldest aughter, who had stayed in England this entire time. Words cannot express how eternally grateful, thankful and overwhelmed we are with the care, kindness and support we have received. Thank you Scottish Rite. You’re the best!