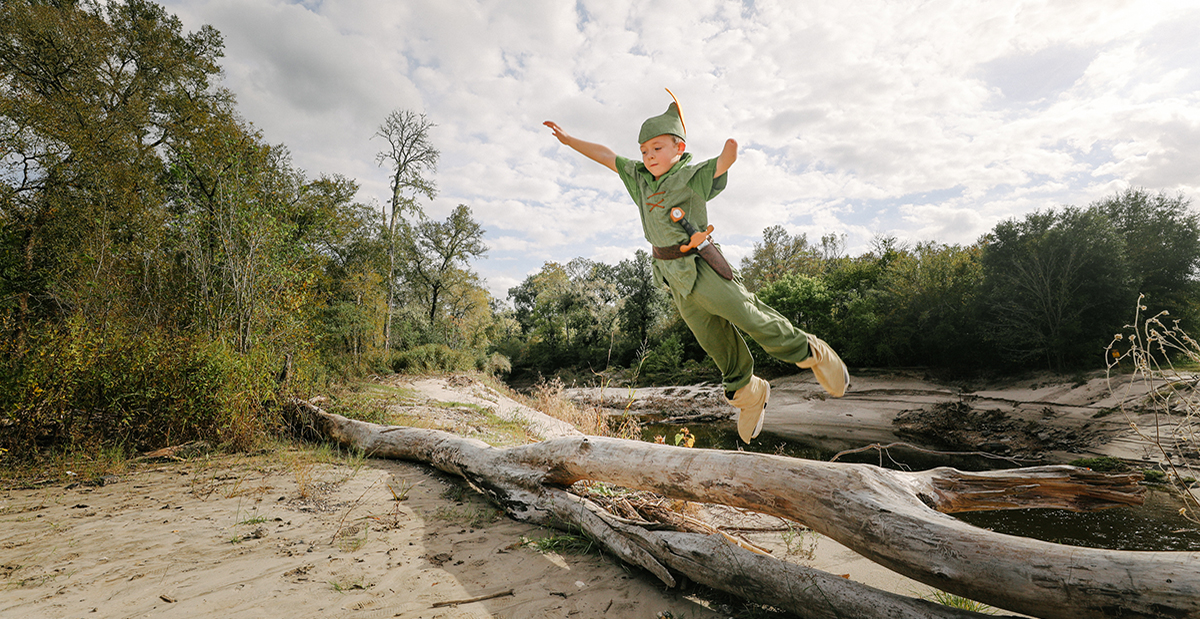 Share Your Story: Be Silly - Be Honest - Be Kind

Meet Miles, a patient who is treated by our experts in our Center for Excellence in Hand. Learn more about his journey below.

Becoming a first-time parent is such a wild ride of emotions. When I found out I was expecting a baby, my reactions ranged from “HOORAY!” to “Oh my!” in a matter of seconds. Right away I felt an intense responsibility for this tiny little baby that I couldn’t wait to hold one day. Besides having gestational diabetes, I had a pretty normal pregnancy. As the days to my due date started to quickly approach, I had this gut feeling that something about this baby was going to be different. Because of gestational diabetes, I had more than the normal amount of sonograms. During each one, we were told by the technician that, "Things look great!”. Yet for some reason, I couldn’t shake the feeling that something was amiss. My husband tried to reassure me, but I felt like my mother’s intuition was already kicking in. I remember after a particularly difficult evening in which I had been craving carbs and feeling a foreboding, my husband and I went to dinner at an all you can eat salad bar. Previously, we had been saying things like, "As long as he has all of his fingers and toes, we will be happy." Then in a moment of inspiration, I'm sure as an attempt to cheer me up, my husband said, "Honestly, even without all the fingers and toes we will be happy." Then the time came for us to deliver. It was finally time to meet this little baby boy who was about to blow away all of our expectations about being parents - in the best way possible. 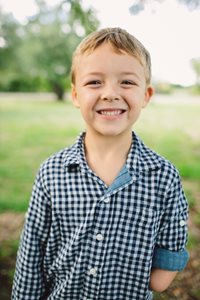 March 15, 2013, our sweet Miles was born! He came in at a whopping 9 pounds, 15 ounces and was 22 inches long! The first thing I remember hearing was his precious little cry. The second thing I heard was the doctor say, “Hold on Mom, we need to check something real fast.” As she took Miles back to the warmer, I looked at my husband's face. He was pale white and visibly shaken. His next words, with tears in his eyes, would throw all our expectations out the window. “Miles doesn't have his left hand,” he whispered to me. I remember looking at him with tears in my own eyes saying, “That was it. I knew something was different and that was it.”

People talk a lot about “what to expect when you’re expecting,” but not a lot about “what to expect when you hear the unexpected.” Those first few days were such a blur between extreme love and excitement for our beautiful baby boy, mixed with fear about sending our baby out into a broken and sometimes harsh world. The initial diagnoses left me feeling the pangs of immense guilt. As though my body, which was supposed to protect our baby during development, had permanently harmed him. Oh, I wish I could tell that emotional new mom what was in store for her in the months and years to come.

When Miles was just a few months old, we went to Scottish Rite Hospital for his first appointment and diagnosis. He was diagnosed with symbrachydactyly. This diagnosis meant a few things:

I knew that it was our job as parents to remind him of those things. He is not broken or incomplete in our eyes. The staff at the hospital was so generous with their time and gave us so many book recommendations and encouragement. I remember leaving the hospital feeling as if I had received a big breath of fresh air. We were now a part of a community that I never knew existed before and I was so thankful for it.

One of the earliest things we noticed about Miles is that he is an extrovert. 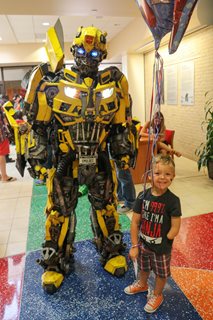 I could give countless examples of how he would try to befriend every single person on the playground or anywhere he found himself. For an entire year in preschool, he was determined to invite the classroom “tough kid” to play with him. It took Miles an entire year of trying, but the next year when that little boy found out Miles was in his new class too, he told his mom that Miles was the first kid he wanted to invite to his birthday party. You see, Miles started to teach us something from the beginning. He didn't understand the concept of “I can’t.” He didn’t give himself excuses, and neither did we. He just worked hard and would find a way to do it his way, even if it was unconventional or looked different. Instead of seeing a world full of strangers, he sees future friends. He continues to teach us how we all should be loving others.

This past August, Miles started kindergarten. It is an emotional day for many parents, but I remember how nervous I was to share my boy with the world. Don’t get me wrong, Miles always loved preschool, sports and group activities, but for some reason, this step seemed so big and scary to me. However, I quickly realized that I may be nervous to share Miles with the world, but maybe Miles is just what the world needs more of. I got confirmation of this after Miles had been in school for a few weeks and I asked if he was getting a lot of questions about his arm and this was his response. “This boy on the playground said we couldn’t play because of my arm. So, I told him, ‘You can’t help how you are born, but you can help if you are kind’”. One of our family mottos is “Be silly. Be honest. Be kind.” His response made me tear up with pride because at that moment he was living that out.

There was only one time that Miles ever asked for help with something due to his lucky fin. My husband has a 3D printer and Miles had just received his "big kid bike." He was having a tough time balancing with the training wheels, so he asked my husband to print him an arm to help him adjust. He did. When Miles’ school found out about it, they asked my husband to come and speak to all of the kindergarten class about how he was able to identify a problem and fix it. When my husband addressed this room full of 125+ kindergarteners, he started off by saying, “What is something that you notice about Miles?” He was using this as a segue to talk about his arm. But in a room full of kids they mentioned: “He is funny!”, “He teaches us things sometimes!”, “He plays with us on the playground,” etc. Not a single kid mentioned his arm. I’m not naive enough to think that will always be the case, but in those sweet kids, I saw Miles was teaching them how not to fear difference but embrace it. We ended up taking off his training wheels, and without the arm, he took off riding on this first try!

We have never treated Miles differently. We have encouraged him and his younger brother to go out in this world and do great things. Often times, people are going to point out the things that may make life harder. Instead, we hope we teach our boys to use those things to change people’s minds. Showing the world that it is beautifully different and it needs each and every one of us.

Miles recently turned 6 and for his birthday, he did a fundraiser 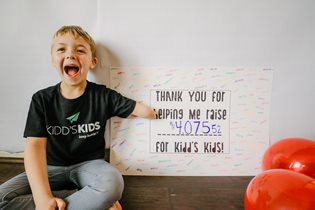 for the local organization Kidd’s Kids. This organization sends chronic and terminally ill kids and their families to Disney. He said that he wanted to help raise the money for a kid to be able to go on the trip, because he loves Disney World so much and he wanted others to be able to experience it. Miles helped design a shirt that said, “You can’t help how you are born, but you can help it if you are kind”. He also sold pictures of people’s favorite Disney characters. He ended up raising $4,075.52!! We were blown away!

When I told Miles about writing this story, I asked if there was anything that he wanted me to share on his behalf. This was his response. “I hope they know that they didn’t do anything wrong to be different. It isn’t because anyone did something wrong, it just makes you unique and stand out. And you have to get up in the morning and think that today could be the best day ever!”

Do you have a story? We want to hear it! Share your story with us.