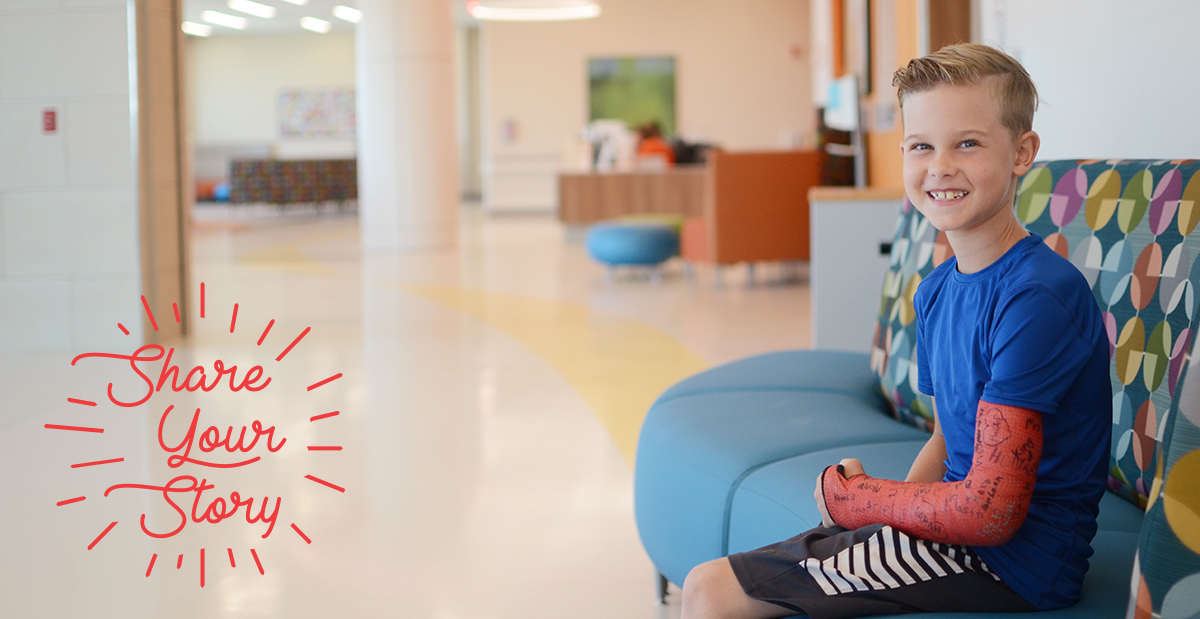 Meet Ethan, a Fracture Clinic patient who was placed in a cast while a broken bone healed. Learn more about his journey to recovery below.

Our (almost) 10-year-old son, Ethan, can be best described as "The Entertainer." He has an infectious smile and loves to make people laugh and feel good. I should also mention that he can do an impressive "worm!"

The second to last week of school, Ethan broke his left arm while trying to catch himself as he fell over a small railing on the school playground. I'll never forget the phone call I received from the school nurse that day, “Ethan had an accident on the playground. He hurt his arm and will probably need to go to the emergency room."  My response was, "Really? Seriously?" I was in complete shock! On my way to the school, I thought to myself, "It can't really be that bad, can it?"

It was! I felt scared and sad for him. When I saw him in the nurse’s office, he was weak, pale and in excruciating pain. The wonderful school nurse whipped up a temporary sling for his arm, which the ER nurse later complimented, and we were off to the nearest hospital emergency room. 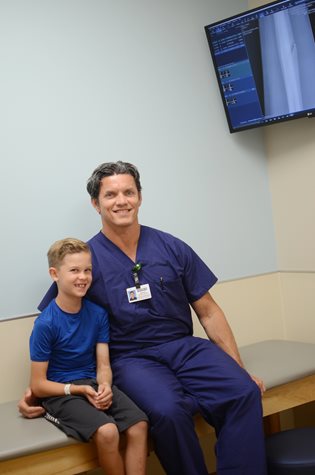 I was SO impressed at how brave Ethan was through the entire event. Before he was even given pain medication, he managed to keep a smile on his face. One exam and two X-rays later, we were told that Ethan broke his left ulna and slightly bent the left radius. The ER doctor gave him a mild sedative, popped his bone back in place and sent him home in a temporary sling.

Now came the tricky part - deciding where to take him for his cast. My husband owns a small business, which means that we do not have health insurance coverage. When the hospital quoted me $700+ for Ethan’s cast, I began to panic. Luckily, two of my amazing friends told me about the Fracture Clinic at Texas Scottish Rite Hospital for Children's Frisco campus. They raved about the awesome doctors, staff, facility and their financial assistance program, Crayon Care! I never knew such a place even existed!

The clinic is BEYOND what I could have imagined it to be. Beautiful, colorful, fun, inviting and the absolute PERFECT place for kids!


The staff is friendly, helpful and caring. Did I mention the popcorn? I feel like this needs to be included because our family LOVES popcorn. They have fresh popped popcorn in the lobby! Basically, everything about this place is AMAZING!

We met with Ray Kleposki (a.k.a. "Mr. Ray") who talked us through the cast process and what to expect. I was impressed b 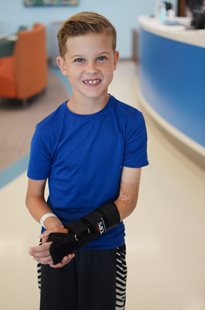 y how quick and relatively painless the cast fitting procedure was. During the quick procedure, Ethan watched his favorite show and entertained the staff. He left the clinic wearing an awesome red cast and we were told to return in six weeks to have it removed. Ethan loved showing off his cast having all of his friends sign it.

Six weeks later, we returned to the Fracture Clinic for the big day - removal day! Ethan’s younger brother and I even came prepared with clothes pins for our nose. That cast was quite stinky to say the least. After they removed the cast, he had follow-up X-rays taken. Mr. Ray met with us and showed us that Ethan still has a very small separation in the ulna that still needed a couple of weeks to completely heal. The awesome staff fit Ethan for a brace and all he has to do is wear that for two weeks. Good news - he was given the green light for swimming. Our summer was able to officially begin!

I highly recommend the Fracture Clinic to anyone and everyone I talk to. Hands down, an amazing place! 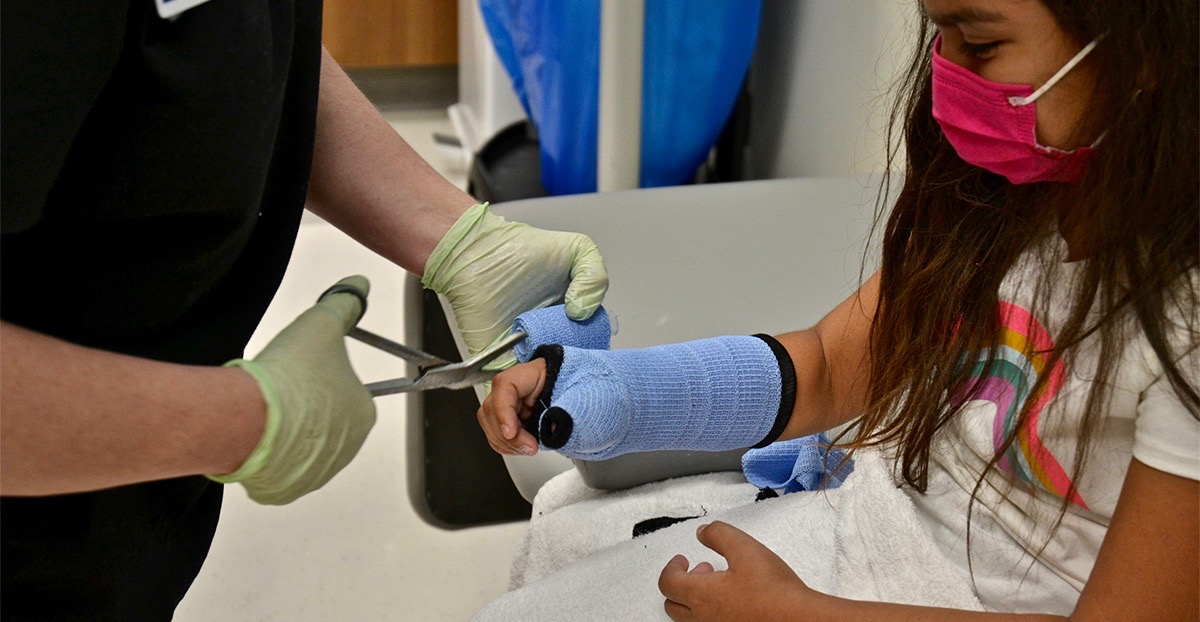 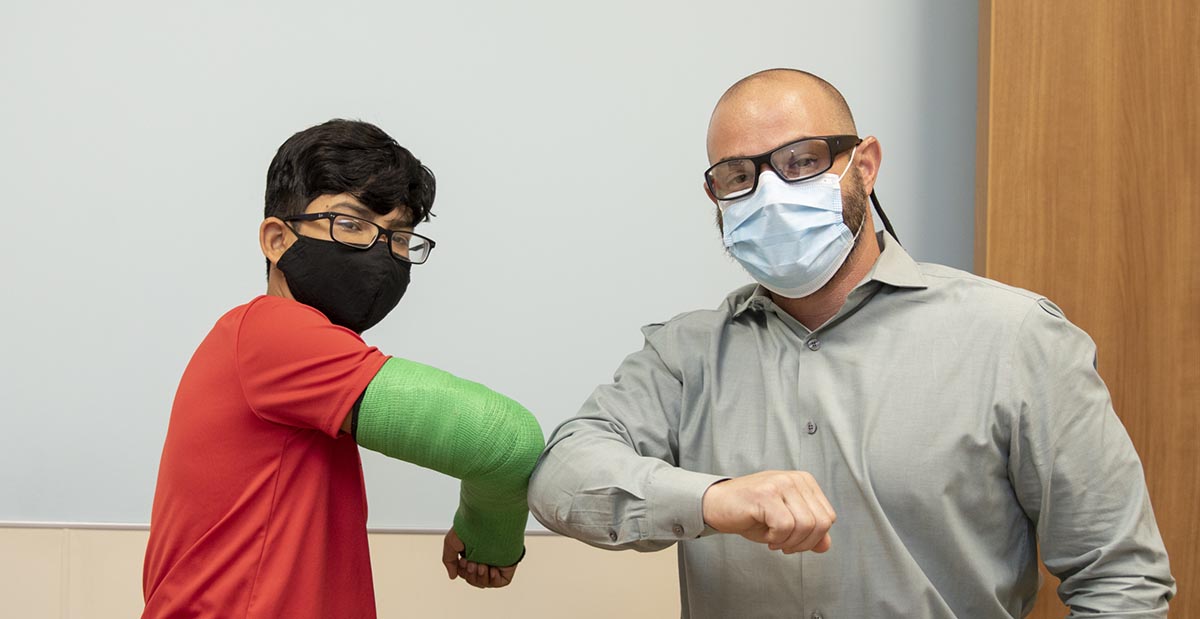