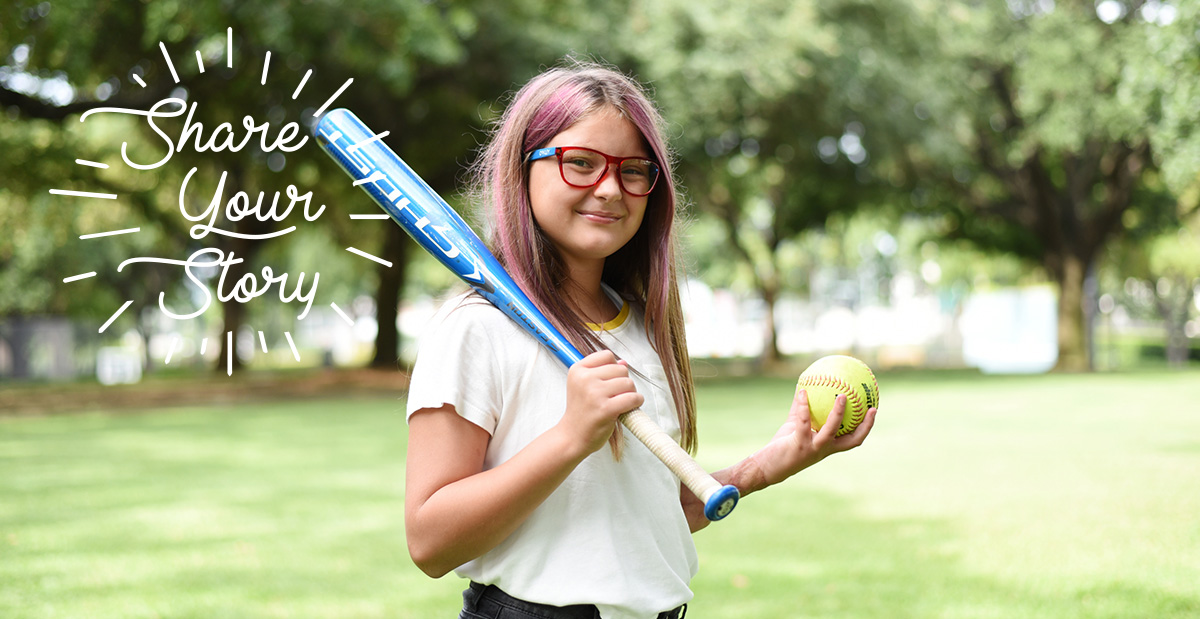 Meet Kinzie, a patient who is treated by our experts in the Center for Excellence in Hand. Learn more about her journey below.

A little over a year ago, Kinzie was in a horrible UTV wreck. A UTV or a utility task vehicle, is a type of off-road vehicle. The boy driving started to show off, went incredibly too fast and caused the UTV to fishtail. As the UTV fell over, Kinzie’s arm was pinned on the roof mount and her knee was pinned beneath the body. There were four people in the vehicle at the time of the accident, including her older sister. Three of the teenage passengers fell on top of her, as the vehicle slide over 20 feet. 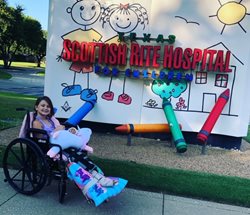 he vehicle came to a stop, her sister was able to lift the UTV off of Kinzie, while another passenger called 911. Kinzie’s arm was degloved (all of her skin and tissue was ripped away, exposing her muscle, bone and connective tissue) and her knee was sliced open, with the top portion getting shaved off. She was airlifted to a trauma ward in Lubbock, where doctors were able to start taking care of her knee. Her surgeon in Lubbock told me that we needed to immediately get her to Scottish Rite for Children in Dallas to have her arm taken care of.

I will never forget when I heard him say, “I know a guy - he can fix this.”

That guy was Dr. Oishi and we are forever thankful for him. I remember having a feeling of peace and hope, just knowing there was someone out there who would be able to take care of Kinzie.

Four days later, Kinzie was at Scottish Rite. Dr. Oishi and his team performed miracle upon miracle for our entire family. They made sure we felt protected, safe and loved the entire time. They not only took care of Kinzie medically, but also made sure my other two kids were physically and emotionally okay.

It is very strange to look back at the past year and see just how far Kinzie has come. She nearly lost her arm and now she is back to almost all of her previous activities. COVID-19 may have hindered her softball season, but she is eager to get back out on the field. She recently underwent some additional reconstruction surgery 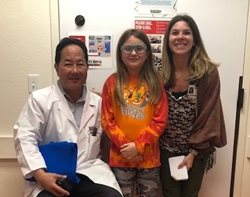 with Dr. Oishi and his amazing team.

Kinzie is looking forward to having her cast removed next week and being able to start school cast free!