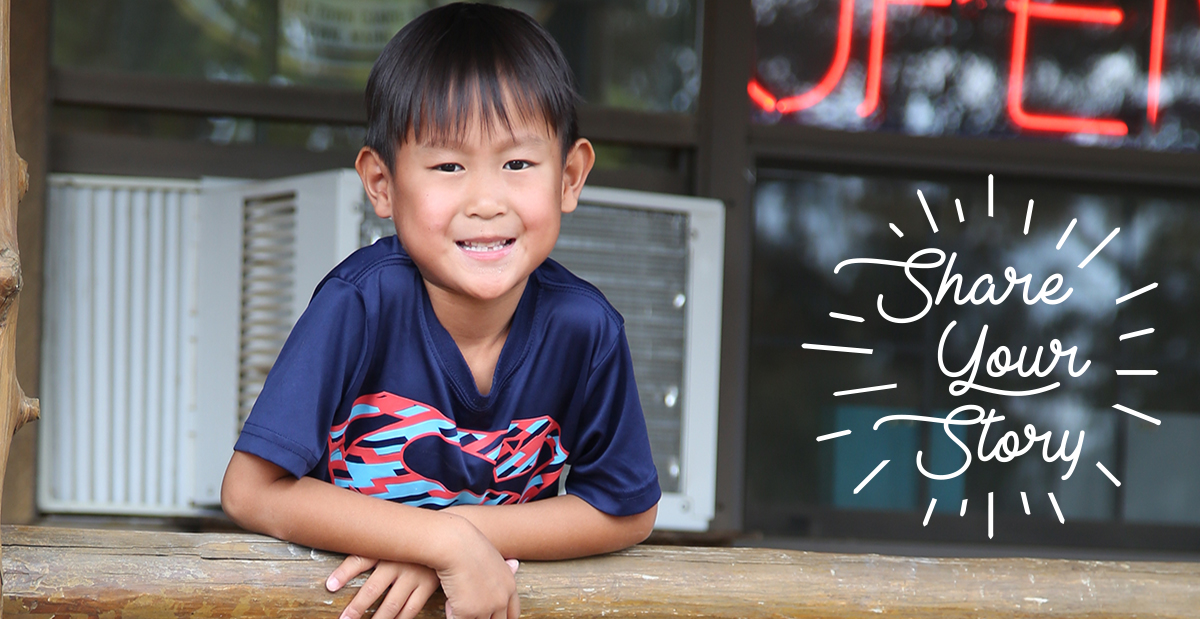 Meet Parker, a patient who is treated in our Prosthetics and Orthotics department. Learn more about his journey below.

In August 2012, our family traveled to Nanchang, China to adopt our two youngest sons, Parker and Xander. Overnight, our family of four expanded to six and we were fortunate to be blessed with two of the sweetest, most resilient boys you will ever meet. As you can imagine, it was a life-changing event that we will never forget. 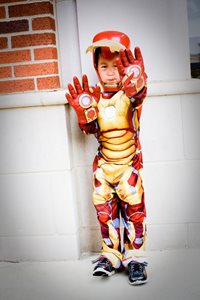 Prior to our journey to China, we were connected with Texas Scottish Rite Hospital for Children as we prepared for Parker and Xander’s arrival here in the U.S. Both boys were born with limb differences and we knew that we would need to find a health care provider that could handle their special needs. In Parker’s case, we were particularly curious to learn what options were available for him, since he was born without his right femur and tibia. He was unable to walk in the traditional sense.

From our very first consultation onwards, the Scottish Rite Hospital staff could not have been more accommodating – from walking us through how the care process would work to answering our questions about artificial limbs. Over the years, we had heard many glowing stories from friends and acquaintances describing what the hospital meant to them and their families, but none of this really hit home until we got to experience all this for ourselves.

Once we arrived back home to the U.S., Parker was pretty overwhelmed with all the changes. At only 20 months, he had already been whisked away from the only home he knew, an orphanage in Nanchang. Everything and everyone he had ever known was gone and he was then inserted into a crazy family, which consisted of a new Mom and Dad, two older siblings and a younger sibling that was going through a similar adjustment period. Add into the mix a couple of large Great Danes and you basically have a recipe for constant chaos around the Wood house.

Although he was (and still is) amazingly resilient, it was a huge adjustment. While in China, he began to learn a few words in Mandarin and now he was challenged with learning a new language. Communication was difficult and further exasperated by all the complex emotions he was feeling. He was very shy, uneasy in public and struggled a lot with separation anxiety.

During this period, Parker had his first visits to our local pediatrician and, while she is fantastic, he was absolutely terrified – you could literally feel the heat waves coming off his body. We feared the worst when the time came to start our visits at Scottish Rite Hospital. Since he had been born with a partial foot, the process was difficult and would not be as easy as just fitting him for a prosthesis. In order to make things work, he would need to have his partial foot removed or work around it. This was not an easy decision for us since he used that partial foot to pseudo-walk on his knee.

When the time came for the surgery, we really didn’t know what to expect. Parker’s visits to the hospital were successful and he had already taken pretty well to Dr. Herring and “Dr. Kara.” 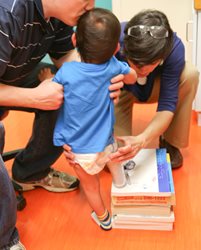 What actually transpired was beyond any of our expectations.

From the moment he arrived, we were greeted with countless friendly faces in his room. For a kid who normally hated large crowds, he really ate it all up. It’s hard to imagine having a fun time during major surgery, but I daresay he did – at least as much as you can when having your foot amputated. Probably the best thing we can say about Scottish Rite Hospital is that they took a really scary event in his young life and turned it into a positive memory. After the surgery, he was made to feel like a celebrity, and he left a different kid in so many ways.

The entire experience was truly remarkable.

In the years that have followed, Scottish Rite Hospital has become a routine part of Parker’s life. I’ve never met a kid that’s more excited to go to the doctor and he loves to point out the hospital when we drive by. Seeing him walk for the first time was miraculous and we’ll never forget the smile on his face when he discovered how to walk on his own. He’s been the talk of the playground at school – but in a good way. We hear kids all the time telling their parents that they “wish they could have a cool leg like that” or “Mom! Look! That kid has a Transformer leg!” 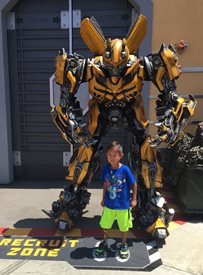 That’s not to say that it’s all been sunshine and roses of course, but it helps. Getting to meet other kids with similar limb differences and being able to see firsthand how others have been able to use their prosthetic legs to run and dance has made it so much easier for him to just be a kid and have a normal life.

Parker is a confident kid who now has the ability to get out there and try activities that his siblings have enjoyed. He has tried gymnastics, soccer, t-ball and is about to give basketball a whirl. He may not always have the speed that other kids have, but he is able to get out there, compete and surprise kids with his craftiness. It’s pretty incredible to watch.

As parents, we’re eternally grateful for all the wonderful work that Scottish Rite Hospital has done, not only for our own children, but also for countless children throughout the U.S. and beyond. It’s a truly magical place.

Parker's Superhero Leg from Scottish Rite for Children on Vimeo.