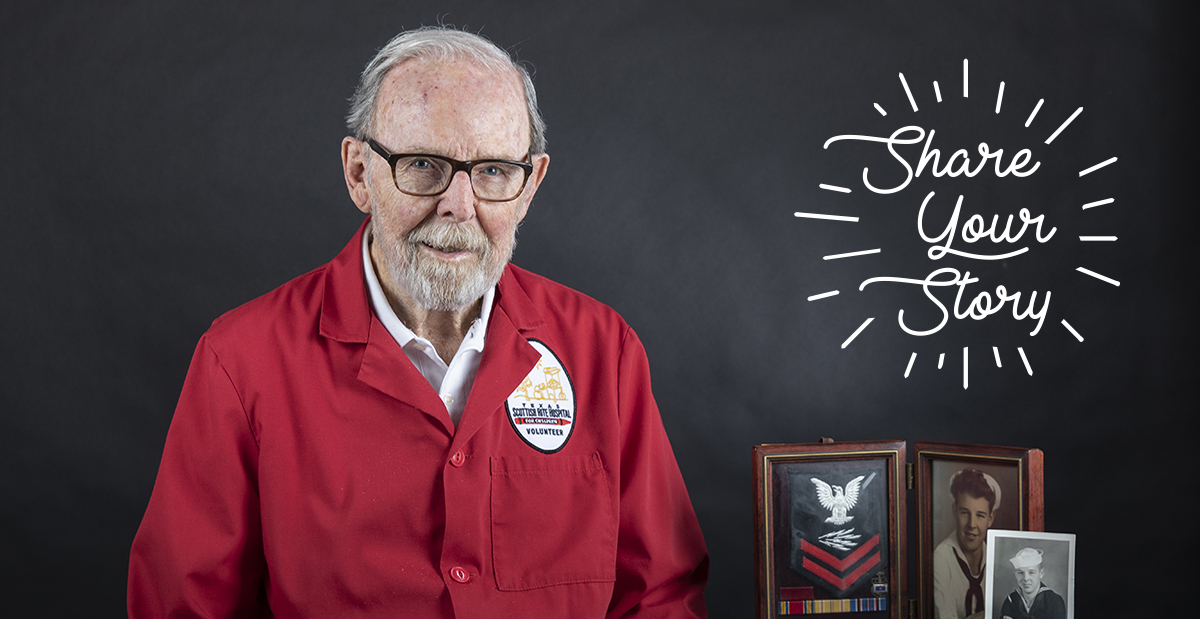 Meet Bert, a volunteer that has volunteered more than 2,400 hours over the past 12 years. Learn more about why he chooses to give back to the hospital.

Story was written by volunteer Seetha Modi, for the February issue of the Hearts and Hands volunteer newsletter.

Bert Ehrmann, a 93-year-old clinic volunteer, was born July 2, 1926, in Burlingame, Calif., and grew up nearby in Palo Alto. In 1926, a gallon of gas cost 25 cents, the average annual income was $5,300 and the average cost of a home was $17,800. But when Bert reflects on his childhood in Palo Alto, what he remembers most is being a very active kid who loved sports, especially basketball and wrestling. He says kids today do not spend as much of their day outside with other neighborhood kids. To this day, neighbors, friends, family, loyalty and service are the things that matter the most to Bert. 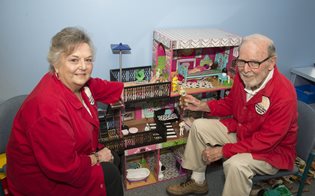 Bert demonstrated his dedication to these values when he enlisted in the Navy at the age of 18. While he was away, his mom wrote him long letters every day to keep him updated on local and family news. After his service in World War II, he joined the rest of his family in Lincoln, Neb., where he attended the University of Nebraska and received an undergraduate degree in economics. Bert’s father worked for MetLife, and Bert followed in his father’s footsteps, staying at MetLife for 20 years and then continuing in the insurance field for the remainder of his career.

Bert moved to Dallas in 1979 and has been here ever since. He found Texas Scottish Rite Hospital for Children in a way that truly embodies Bert’s spirit - trying to be of service to his family. His grandson Tad had juvenile arthritis. Once, when Tad was in town visiting Bert, he was able to see the experts at the hospital. Bert was so surprised that his grandson was not charged for the visit that he immediately knew he wanted to give back. He began spending his days at his insurance job downtown and his nights volunteering in the clinic, making the kids laugh when he took them to the exam rooms.

Like most things with Bert, volunteering is a family affair. His wife, Marjorie, volunteers with the Research 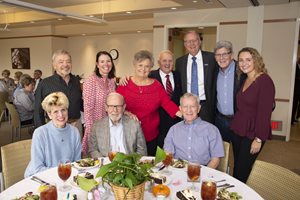 department and with the hospital foundation. Bert has also come to think of the other volunteers and staff as an extended family. He loves meeting new volunteers at lunch and at events, and through these connections, he has made deep friendships that go beyond the walls of the hospital.

When asked what advice he has for other volunteers, Bert says, “Reach out. Try to get to know others and help your community.” With more than 12 years of volunteer service at the hospital and more than 2,400 hours, Bert clearly takes this advice to heart. His efforts have made a tremendous impact on everyone in the Scottish Rite Hospital community.

Thank you, Bert, for all you do and for your example of a lifelong commitment to others!

Do you have a story? We want to hear it! Share you story with us.