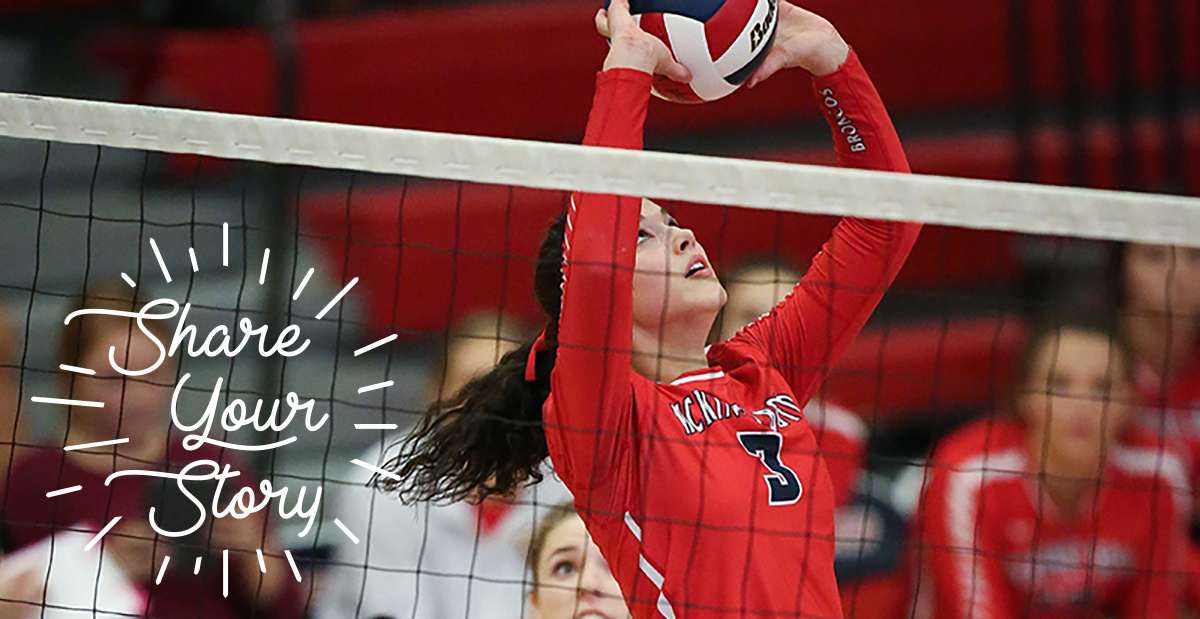 Meet Courtney, a patient who is treated by our Rheumatology experts. Learn more about her journey below.

Blog written by Courtney, of McKinney.

Hey guys! My name is Courtney and I am a senior in high school and will soon be attending the University of Texas at San Antonio for college on a full ride volleyball scholarship.

When I was just twelve years old, during the summer of 2013, I was diagnosed with Juvenile Dermatomyositis or JDM. JDM is an autoimmune disease that causes your immune system to fight your body’s own cells. 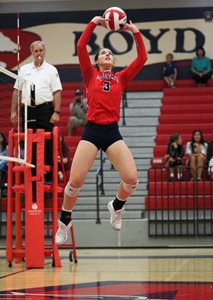 My mother is an occupational therapist and actually helped catch the disease in its early stages of flaring. She noticed the Gottron's papules on my knuckles (red areas on my skin,) plus inflammation on many of my joints, and immediately scheduled an appointment with a dermatologist, where I was formally diagnosed. I then became a patient at Texas Scottish Rite Hospital for Children and started to see Dr. Lorien Nassi.

Dr. Nassi equipped me with a treatment plan in our first attempt to reduce the inflammation and muscle deterioration. I was placed on prednisone, methotrexate, folic acid and solumedrol. All of these medicines made me very puffy and balloon-looking. I had nurses coming to my home every couple of weeks for the solumedrol treatment. This was very stressful on my family and me because I would have to miss school and while I was still able to play sports, this did not make the inflammation, muscle deterioration or fatigue any less on my body. I remained extremely active and this actually made it harder for the doctors to track whether or not I was actually improving. My blood work would spike and that could be from either the JDM or my high activity level. 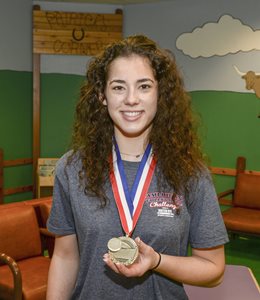 After about six months of treatment, I became Dr. Marilynn Punaro’s patient and started on a more aggressive treatment plan. I remained on the Prednisone, folic acid and Methotrexate, but added IVIG (intravenous immunoglobulin) to the mix. I continued to have the in-home nurses, but this remained a very difficult thing while starting my freshman year of high school. I continued to receive the IVIG for about a year and a half. I started to spread out the IVIG treatments and was able to wean down to only having to receive them every two to three months.

I started to play volleyball when I was in 7th grade and during all of this, I became very good at the sport. I made the high school varsity team as a freshman and was already being looked at by colleges. Finding the balance between my illness, volleyball and school was difficult at times, but I worked hard to never let anything get in the way of my academics or my athletic abilities. Once I had secured a stable point medically, I was able to start weaning off of the Prednisone.

During the winter of my sophomore year, Dr. Punaro noticed that my disease had become stationary. I wasn’t 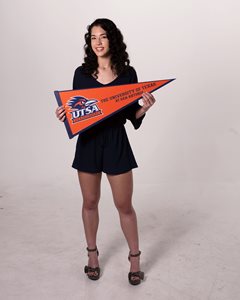 getting better and I wasn’t getting worse. I switched to a different type of medication and would receive subcutaneous injections every week. I had to get four subQ injections, for three hours, in my abdomen. This was very painful at times because the needles would hit nerves or not fully penetrate the skin. While having to endure these injections, I received a full-ride scholarship to the University of Texas at San Antonio to play volleyball. I continued with the injections until the fall of my junior year. After that, I transitioned to a medication called CellCept. This is usually taken following an organ transplant, to help ensure that the body does not reject the new organ. I started out on a high dosage, but with the help of Dr. Katie Stewart, my current team doctor, I have been able to wean down to a smaller dosage. I also still take folic acid and I am lowering my dose of Methotrexate as well.

It has always been a struggle balancing my health and my love for sports, but it has been a journey that I will never forget.