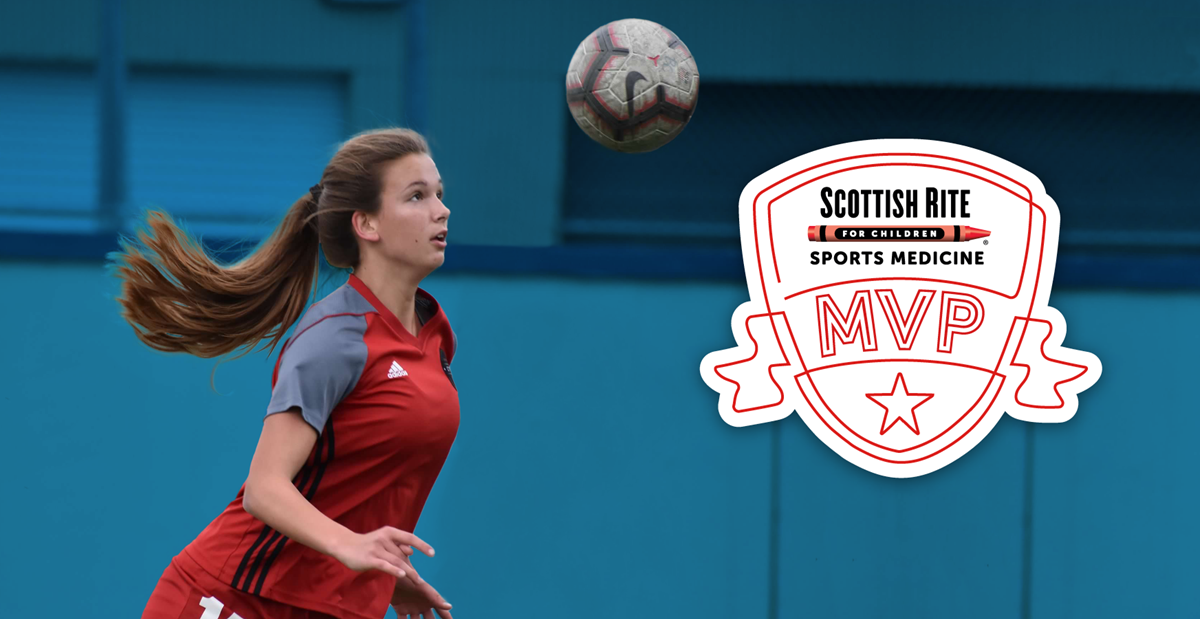 They Clearly Care at Scottish Rite

This fall, 17-year-old Sydney will be playing soccer at The University of Alabama, and as she prepares to take the field in Tuscaloosa, she looks back on the journey that brought her where she is today.

Sydney has been playing soccer since she was 2. “She has always been very athletic, and she’s played just about everything, but it was clear from a very young age that soccer is what she really loves,” her mother, Caroline, says. Now captain of the team, Sydney is in her second year playing for Hebron High School in Carrollton as a defensive and attacking midfielder.

Last season, Sydney noticed that something was wrong with her back. “I would feel a tightness in my back when I was playing, and it started hurting more and more over time,” she says. “Eventually, it became too uncomfortable to play, but when I was resting after games, it hurt so bad. That’s when I knew that something just wasn’t right.”

A friend of the family recommended Scottish Rite for Children because of the outstanding care that they had received with their own children. Caroline made an appointment for Sydney right away. When they arrived, Jacob C. Jones, M.D., RMSK, examined Sydney. After visiting with her about her history of lower back pain, performing a physical exam and reviewing X-rays of her spine, he determined further investigation was required. X-rays may not show the early signs of a stress fracture, so an MRI was the next step for Sydney to get a complete view of the condition of her spine. This confirmed that she had a condition in the bones of the spine called spondylolysis.

Caroline was relieved to have an answer and game plan for her daughter’s back pain. “I think Dr. Jones is awesome!” she says. “He has such a great demeanor in talking with teenagers and kids, and he just gets it. He listens to what your needs are, and he makes his treatment plans based on what you are trying to accomplish.”

Though the initial treatment for spondylolysis is to rest from activities that cause or increase the pain, Sydney also started physical therapy to help improve flexibility and strength in her core and hips. She enjoyed working with sports physical therapist Jessica Penshorn, P.T., D.P.T., A.T.C., L.A.T. “Jessica was amazing because she made sure I was moving correctly, and she really cared about how I was doing,” Sydney says.

Impressed by the comprehensive care that Sydney received, Caroline shared, “They clearly care at Scottish Rite — you aren’t just a number. I wish other health care providers would look to Scottish Rite as a best-in-class example and follow their lead.”

Now, Sydney says that she feels great and has no back pain. She still uses the tips and the workouts that she learned throughout her treatment to keep her core strong and help prevent future injuries. She believes that this experience has helped her learn to listen to her body, and she wants other young athletes to do the same. “Pushing through pain is not going to make things better,” she says. “Pain won’t just go away, so you have to address the issues now.”