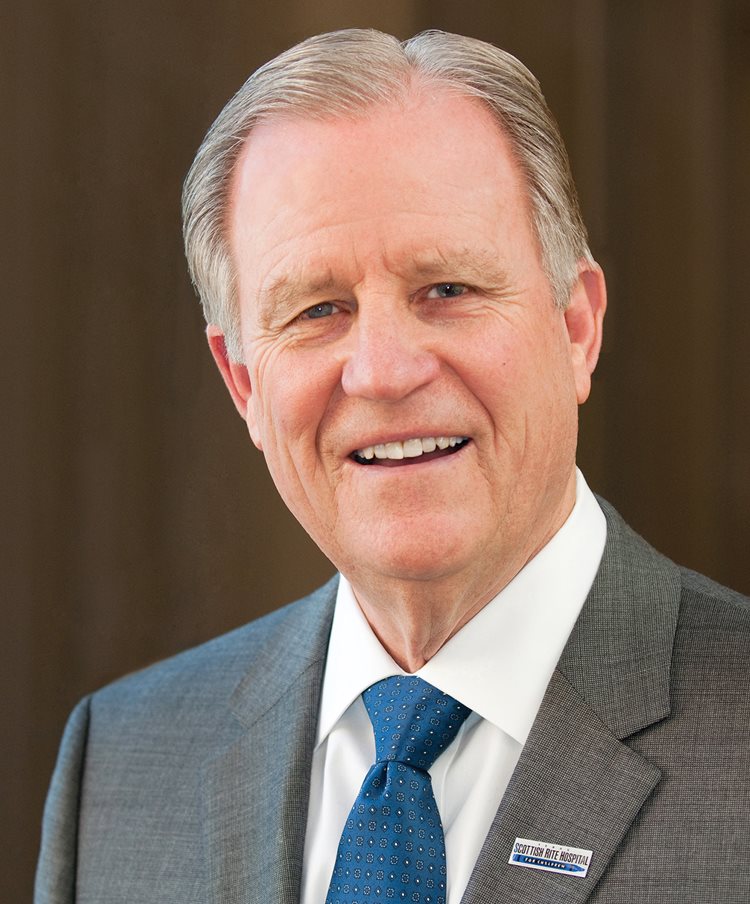 Robert L. “Bob” Walker joined Scottish Rite for Children in 1979. He previously served as the Executive Vice President and Chief Operating Officer and was named President/CEO in 2012. In his role, Bob is responsible for the overall strategic and operational direction of the organization and continuing its position as one of the top-ranked pediatric orthopedic centers in the world. He works closely with the Board of Trustees, medical staff and executive leadership to ensure that the highest degree of medical care is provided to our pediatric patients.