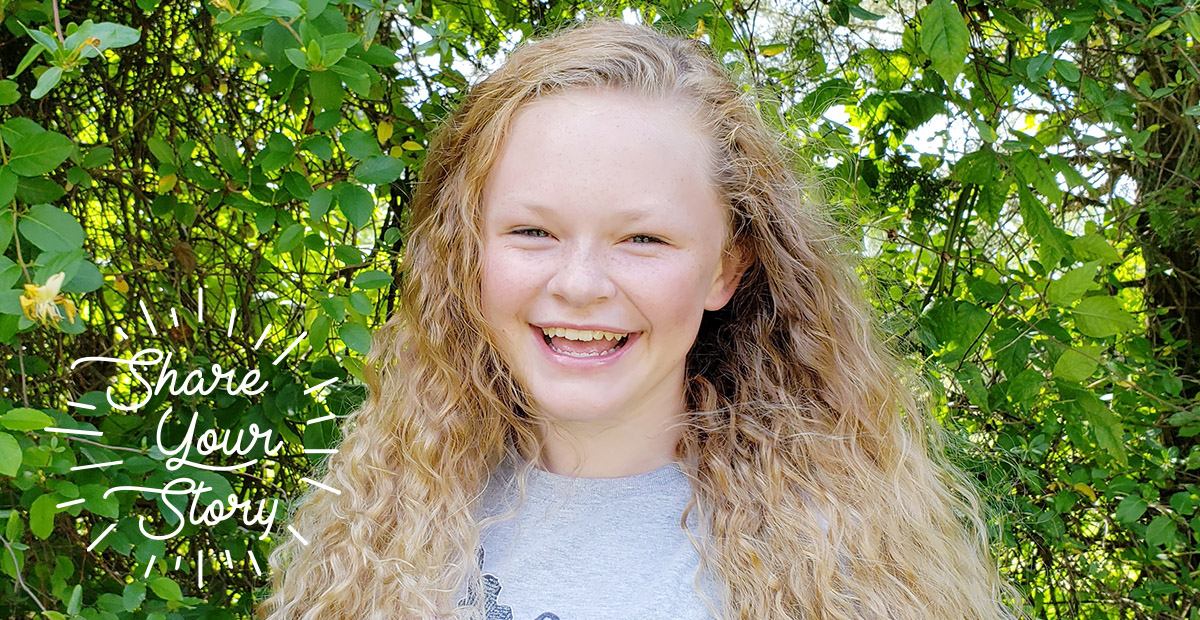 Meet Averie, a patient seen by our multidisciplinary team of experts. Learn more about her journey from her mom, Kim, of Hugo, OK.

Averie was born with congenital pseudoarthrosis of the tibia - CPT. This is a very rare condition and the cause of CPT is currently unknown. The tibia is one of the two bones that make up the lower leg and connect the ankle to the knee. A pseudoarthrosis is a bone fracture that fails to heal properly on its own. 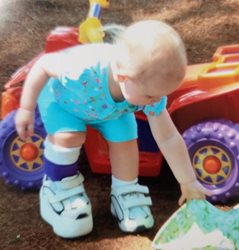 Averie was diagnosed when she was just 4 days old and we saw several different doctors before we ended up at Scottish Rite for Children. We waited and watched the progression of her leg until she was 2 years old and Averie used ankle foot orthosis splints and shoe lifts to learn to walk.

I will never forget the time when Averie was at daycare and one of the workers called to tell me how she was playing and interacting with the other kids. They would all go down the slide and then race back, to see who could get back to the ladder first. Averie could not keep up with the other kids and I was heartbroken to hear this. While it was great that she was sliding and running, I did not want her to always come in last. It was then, that as a family, we decided it would be best for Averie to have her leg amputated.

It was a very hard decision to make, but Dr. Herring was confident that following her surgery, Averie would be able to run, jump and play just like all the other kids her age. And WOW - he wasn't kidding! Six weeks after her surgery, she was fitted with her first prosthesis. The first physical therapy visit was very entertaining. Within 20 minutes of Averie putting on her prosthetic leg, she was getting mad at the therapist because she thought the therapist was holding her back from getting to all the toys she wanted to reach. Averie wanted to climb stairs and walk on the ramp, and as soon as the physical therapist turned her back, Averie was on top of the ramp!

Averie was 4 years old when she started gymnastics and she hated it! She kept her head buried in my neck and refused to look at anyone or anything in the gym. It took her two weeks to decide to go back and we’ve been there ever since. Through the years, Averie has undergone a couple of revision surgeries all while continuing to participate in gymnastics competitions. In June 2016, her gymnastics coach called me and told me to meet them at the ER. She had dislocated her knee and ended up being sedated to slide the kneecap back into place.

She continued to have this issue. In January 2019, Averie was running down the vault ramp and her knee dislocated while running. That's when we knew it was time to get this problem taken care of. We first met with Dr. Herring to discuss our concerns and that is when he suggested we see Dr. 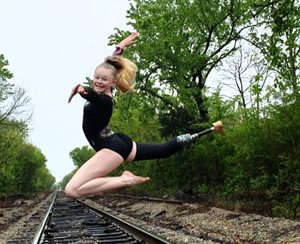 Ellis. We were able to meet with Dr. Ellis and schedule her surgery that month.

At the end of January 2019, Averie had a knee stabilization and revision surgery by Dr. Gill. Surgery went extremely well, and while she had some pain for a few days, she was back in the gym less than a week after the procedure. Averie was conditioning and spotting her teammates on different skills, while also practicing for her upcoming state competition. Averie competed with just one leg at the state competition and qualified for the national competition.

Averie would like to thank Dr. Herring, Dr. Ellis and Dr. Gill for taking such good care of her and helping to get her back to competing in the sport that she loves. She has since started barrel racing and spends all of her free time with her horses when she isn’t in the gym.