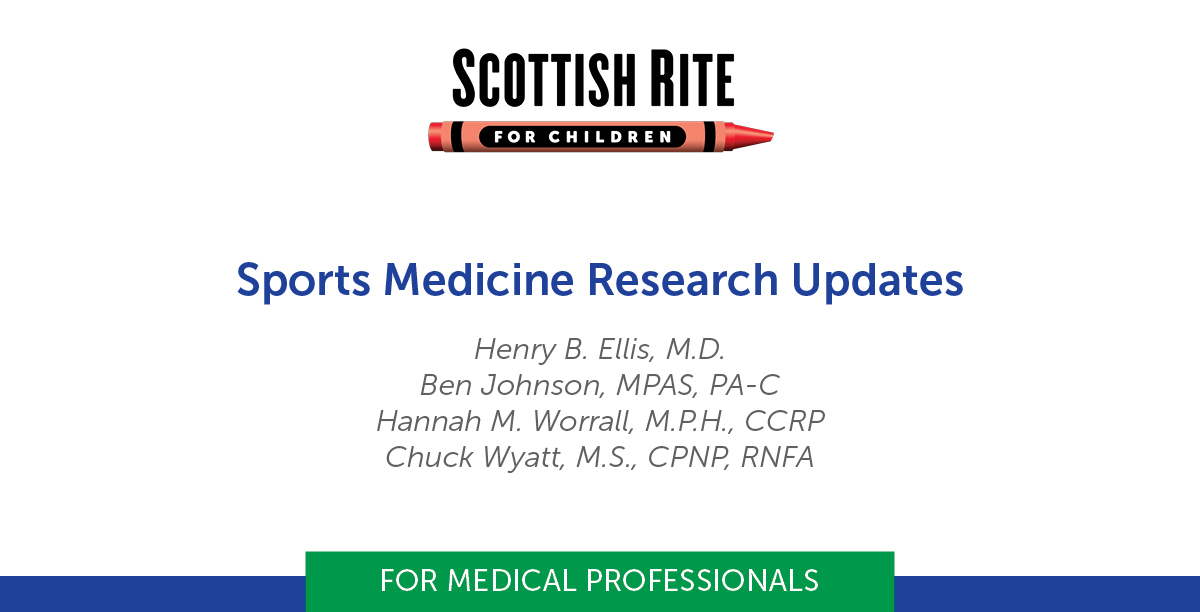 As part of the Coffee, Kids and Sports Medicine series, the sports medicine research team featured four studies in a recent program. Each of these have been presented to larger audiences at national meetings throughout the specialty such as the Pediatric Research in Sports Medicine Society (PRiSM) annual meeting.

Medical Director of Clinical Research Henry B. Ellis, M.D., opened the presentation with a summary of all the efforts of this team, which includes multi-center collaborations, basic science projects as well as prospective and retrospective projects.

These idiopathic lesions are initially treated with activity modifications but may ultimately need surgical repair. There are multiple techniques to repair the defect, many require removing hardware later. This study, published in the Orthopaedic Journal of Sports Medicine (2022) looked at the use of a fresh osteochondral allograft in this population, something that has not yet been well-described in the literature.

Thirteen years of patients in our institution (<19 when treated, looked at the difference of skeletally immature and skeletally mature). This study, looking at 44 knees, found that osteochondral allografts are very successful in the skeletally immature with good early results expected.

How our patients help us learn.

Studies like this depend on follow-up over time. Returning for one-year and two-year follow up visits may not feel like it’s necessary, but patients help us to know the long-term outcomes of our treatments. With that information, we can better educate future patients, provider better care and publish our findings with greater confidence.

This project has also been presented at annual meetings for the International Society for Hip Arthroscopy (ISHA) and the American Orthopaedic Society for Sports Medicine (AOSSM) and continues to evolve. The study, “The Association of α Angle on Disease Severity in Adolescent Femoroacetabular Impingement“ has now been published in the Journal of Pediatric Orthopedics (2021).

Initial treatment for this common cause of hip pain in adolescents is activity modification, non-steroidal anti-inflammatories and physical therapy. However, in adults and skeletally mature, there is a group that would be treated surgically in an early phase. It has not been well-published whether the same applies to a younger population.

When looking at younger patients, particularly those who are still growing, a trend of non-osseous lesions on the femoral head and neck has been noted in this practice. The study looked at soft CAM lesions defined as “soft tissue prominence at the same location as an osseous CAM lesion.” The population was mostly female, active (80%) and most had experienced the condition for a long period of time. There is still a need to identify whether this is a precursor to an osseous CAM lesion or if it is a separate condition.

Audience member asked whether a sport was more likely associated with this non-osseous CAM lesion, Johnson reported that 70% of the cohort were dancers followed by track athletes, however the study did not address whether that variable is clinically relevant.

Are There Differences in Concussion-Related Characteristics and Return to Play in Soccer Positions?

While risk varies among positions, this study examined the injury characteristics and outcomes to understand that better in young athletes who experience sport-related concussions. The study looked at data for 299 soccer players age 5-18 soccer players seen over a five-year period at Scottish Rite for Children and other centers who participate in the ConTex registry.

The patients were grouped into these categories based on position reported, with the largest group playing in the midfield (30.4%):

Goalkeeper represents 9.1% of players on the field, however, this study found that this group accounted for 16% of the injuries and the highest reported history of depression. They were also more likely to report a “head to body part” type of injury than players in other positions.

Future injury prevention by positions and continued evaluation of prior mental health status are goals of this study group. Diligent and thoughtful screening for all patients continues to be important. Co-author Shane M. Miller, M.D., says, “This may lower the threshold to intervene with an athlete that is out of sport to protect them from further injury.”

Under the leadership of Ulman, this project is a collaboration of the Scottish Rite for Children Movement Science Lab and the Motion Analysis Research Interest Group of the Pediatric Research in Sports Medicine Society (PRiSM).

The purpose of this project is to standardize a sports testing protocol for motion capture labs. There are many variables to biomechanics testing. Traditionally, multi-lab studies are difficult, and single-lab studies typically only evaluate very small groups. By standardizing a protocol, research efforts can be duplicated and combined to evaluate data from many more athletes across different labs.

Ulman presented some examples of variations in testing

These variables in testing environment and methods are compounded by hardware and staff capabilities and data modeling performed to evaluate the results. This exciting project has potential to make meaningful progress in injury prevention and return-to-play research. Another focus of Ulman and her team is to make testing more efficient and optimize group testing opportunities. Motion capture labs, traditionally dedicated to gait testing, are looking to the Scottish Rite for Children team to learn how to do testing in athletes and how to make decisions based on a rubric. Ulman has been invited to organize tutorials at annual meetings of PRiSM and the Gait and Clinical Movement Analysis Society (GCMAS).

This project has been shared with audiences including the 2021 International Society of Arthroscopy, Knee Surgery and Orthopaedic Sports Medicine (ISAKOS) Global Congress.

Standardized tools often have ceiling effects, and this leaves the experts in the field of pediatric sports medicine facing challenges with distinguishing between patients with activity levels in the higher range. This study moved to establish a better objective description of athletes who differ in areas including:

The study looked at the correlation of these patient reported outcomes:

This study included 1,000 patients (52% female, average 14.8 years) seen in our sports medicine clinic over several years. With an average of six years participating in their primary sport, this group reports training on average, nine hours/week, 30 weeks/year.

Analysis of these results support physical activity in youth. The two patient reported outcomes have a positive correlation with health and negative correlation in areas of fatigue and pain interference.

“This association is clinically significant as it suggests that higher childhood activity levels are associated with improved global health scores and may serve as a basis for future research supporting public health initiatives promoting increased physical activity for pediatric well-being.”                                - Henry B. Ellis, M.D. 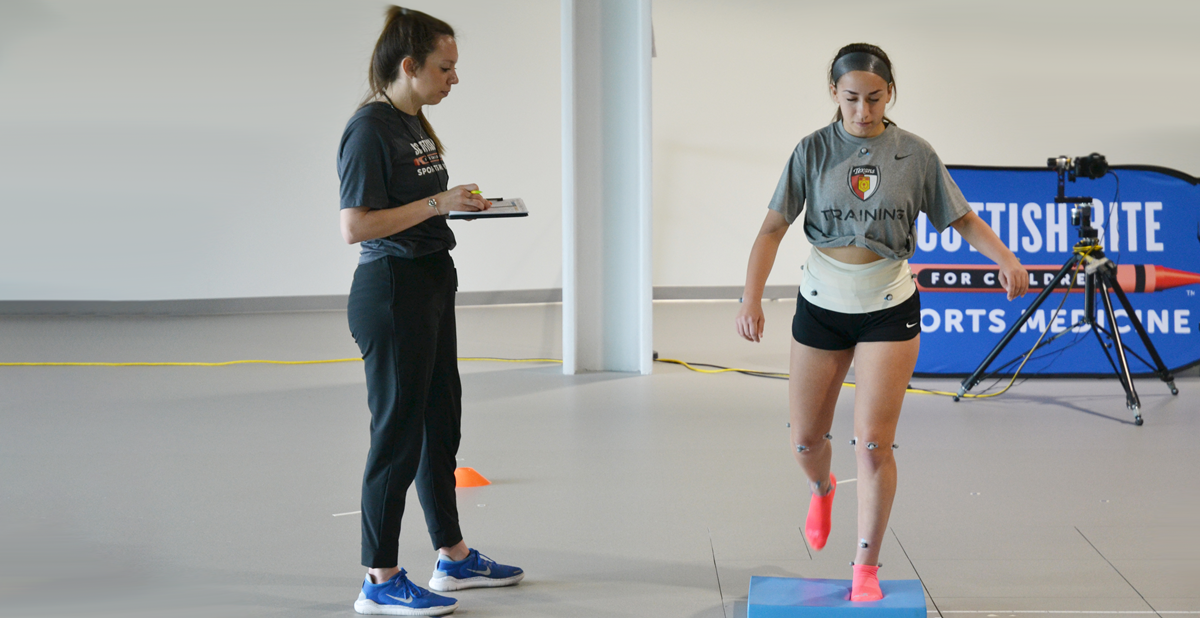 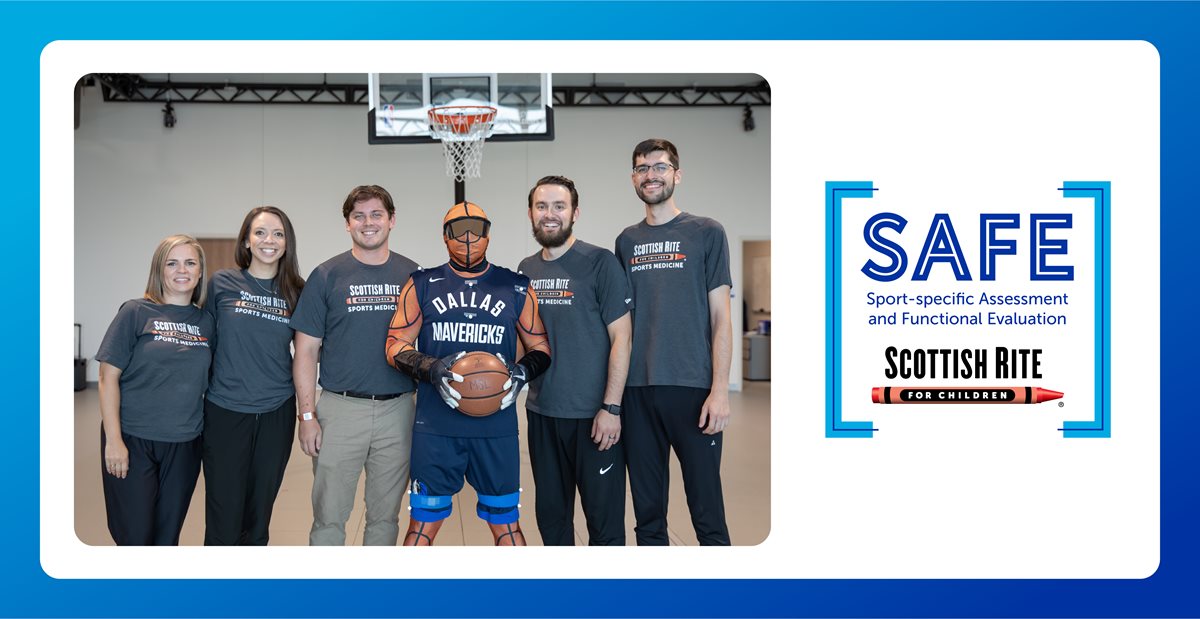